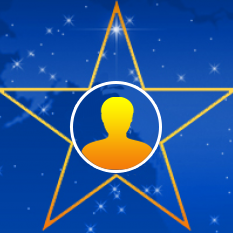 Kyndal Moore meets her half sister that she didn't know about

A New Start By Jpater

Rilee Bridges accepts that their are things she can't change. Kyndal starts a new relationship

A Different Outlook By Jpater

Skull and kyndal has a conversation which changes Skull style and personality. While at the same time spending time with her gr-gr-gr-grandpa changes Rilee

Rilee learns a lesson from her great-great-great grandpa

Loss of Loved One By Jpater

A better person By Jpater

Bones asks Jessica Newman to help him become a better person. With hesitation Jessica agrees and learns about mistakes she is making

JJ plans on entering a model in a contest and Kyndal enters a singing competition. It appears that both girls plans are going to end in disappointment but unexpected help and their friends help their plans succeed

A plea for Forgiveness By Jpater

Rilee Bridges confesses to her boyfriend her past mistakes. JJ meets the guy who killed her father. He asks her to forgive him for his crime.

The Visitor From California By Jpater

Luke Donovan comes to town looking for a girl that he had been seeing in California. He discovers that she was underage and using a fake name

A New Beginning By Jpater

JJ'S mother buys a new a house, sells the struggling family restaurant, and starts a new job. After going on a trip JJ discovers the new owners were people that her father helped years ago

Kyndal Moore meets Alex Green, who has just broken up with his girl friend. She takes him out to eat and the two become involved in a relationship

A tornado is approaching Dockside. JJ evacuates with the Calloways. When she returns to town she fears she has lost her entire family

Helping a New Friend By Jpater

JJ is sent to detention where she meets Kyndal. A young girl afraid of crowds. JJ helps her overcome her fear

Coping with pain By Jpater