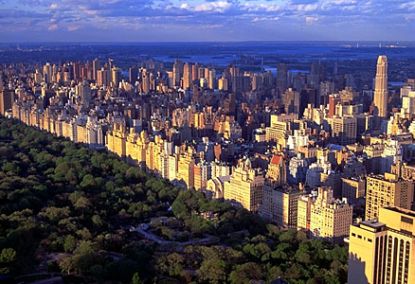 I grew up in New York City and after college worked a few years in a Manhattan ad agency before coming out to California. Quite often I dream I’m still in New York or have returned there. In all those dreams, I’m young and single.

Zee, as everyone had called Hank Zimmerman since we were kids, leaned back in our best living room chair and took another swallow of the drink I’d fixed him. “Nice place you’ve got here,” he said, looking around at the well-appointed furniture and the paintings with which my wife had decorated the room.

“Actually,” my wife Sally said, “now that the boys had left the house is too large for us and we’re thinking of moving to something smaller.”

Zee nodded his head. In the 30 years since I’d last seen him he’d added thick eyeglasses and a beard, mostly gray, but he still had his thick hair and something raffish about him, a conniver who lived on the edge. “Do you remember that ratty little apartment on the West Side we lived in?” he asked me.

“I remember it was ratty.”

He turned to Sally. “That was after the ad agency fired us both and we were broke.”

“I didn’t know you’d ever been fired,” Sally said to me.

“Zee was fired. I resigned. Anyway, it was a long time ago.”

Zee had called out of the blue the day before, a voice from the past. He was in San Francisco, on his way back to New York from Alaska and had remembered from my last Christmas card that I lived in Sacramento. He had a rental car and how about him coming up for a quick visit. I started to tell him that Sally and I had plans for the day but Sally shook her head, frowning at me. I told him okay and gave him directions.

“Out of work. Things were tight and we couldn’t find anything. I don’t know how we paid the rent. That’s when Paul decided he’d go to California. He called that the big decision. He really agonized over it. I couldn’t leave New York, so I went into the import-export business.”

I’d never been really sure what Zee imported and exported. I knew he operated out of a big loft he’d somehow secured at a low rent. He made trips to Alaska to buy Eskimo artifacts, which he then sold to collectors. I knew he also went to Europe and Africa and I wasn’t sure what he bought there. Somehow I felt that some of his dealings were close to being unlawful, which would have been typical of Zee.

“I never knew it was such a big decision for Paul to leave New York,” said Sally.

“It wasn’t,” I put in. “I had some agency contacts in San Francisco.”

“Didn’t he ever tell you about Olga Simonette?” Zee asked Sally, ignoring my statement.

“Oh, yeah, she was something. Paul was gone on her. I don’t think he’d have left if she hadn’t broken up with him.”

“Mmmm,” said Sally. “That’s interesting. So if he hadn’t been fired and lost his girl he might never have come to California and I wouldn’t have met him.”

“Actually, I’d already made up my mind to leave New York,” I
said. “And I told you, I wasn’t fired.”

“Anyway,” said Zee, “I guess it turned out to be the best thing he ever did, right?” He turned to me. “You got a good job, even if it was boring, married and had three kids. They’re all doing okay, right?”

“David’s a teacher, Michael’s working for an investment firm and Chris is a software engineer,” Sally proudly said. “The first two are married and Chris just got engaged.”

“I wish I’d had a family.” Zee made a sad face. I knew that he’d always gone from one girl to another and that he hated kids. “Now that you’re retired you can relax. I guess you got a pretty good pension, right?”

“I don’t know what I’ll do when I have to quit working,” said Zee. For a moment I wondered if he was building up to asking for a loan and if that was why he’d made the trip to Sacramento. “Well, I’ll survive. One thing, I’ve been a free man. Can I get a refill for this drink?”

Zee stayed for dinner, regaling us with stories of his Eskimo dealings. When he finally left, he said to Sally, “Paul’s a lucky guy.” We shook hands at the door and he said he’d keep in touch. Maybe the request for a loan was coming later.

That night I dreamed I was walking somewhere in midtown Manhattan. I saw Olga Simonette and she was surprised that I hadn’t left for California yet. Oh, no, I said, I was going for a job interview. She asked me to meet her at a certain bar afterward. I said I would. Then, as happens in dreams, the scene changed and I was in a flower shop. I knew I’d gotten the job and I was looking for something to take to Olga Simonette. I also knew Zee would be at the bar with her and I couldn’t wait to tell him I’d be moving out. Then I woke up and realized I wasn’t still in New York. I was in California, married, with three sons. I wouldn’t be going for any more job interviews. I was retired from my boring job. I thought of Zee and his life, the free man. I lay awake for a long time before finally going back to sleep. There were no more dreams.

It all started with this story, Martin, the very first one you shared on Storystar! Thanks so much for all the great stories you've shared on with us over the years! I hope they keep coming for many more! :-)

It all started with this story, Martin, the very first one you shared on Storystar! Thanks so much for all the great stories you've shared on with us over the years! I hope they keep coming for many more! :-)