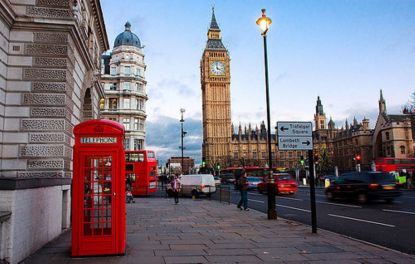 London, or Ruth Rendell Has my Pen (Approx 500 wds)

After I retired I began writing, human interest stories for our local paper, for which I was paid (not much), and short stories, for which I received mostly rejection slips. So when, on a trip to London, my wife and I saw a notice that the English mystery writer Ruth Rendell was giving a reading at a nearby book store, we made it a point to attend.

When we arrived, Ruth Rendell was reading from her latest book. She was a dark-haired woman with a pleasant face, and she read in a soft voice. After the reading, it was announced that she’d sign copies of her book for those who bought them. We looked at the price and decided it was too high but my wife found a paperback of an earlier book and asked Ruth Rendell to sign it for me.

“He’s even had a couple of stories published.”

I didn’t think that Ruth Rendell, who turned out one or two books every year, would be terribly impressed. "That’s very nice,” she said. She was a nice woman. We talked a little while more, then Ruth Rendell signed the book. She didn’t have a pen so I gave mine, which I’d bought that day as a souvenir, for my wife, who then passed it on to her. When she handed the book back to me, I saw that she’d written, “Best wishes to a fellow writer, Ruth Rendell.” She was a very nice woman.

When we returned to our hotel, I said, “Maybe I should have tried to be a real writer. By the way, do you have my pen?”

“Oh, I never got it back from Ruth Rendell.”

“So Ruth Rendell has my pen.”

“But you have her autograph. Maybe she’ll use your pen to write her next book.”

“She probably uses a computer.”

“But maybe when she got home tonight she made a note for a book with the pen, possibly about an American couple visiting London.”

“I hope she doesn’t make us the victims of one of her crazy killers.”

“Are you sorry you didn’t start writing when you were younger?”

“No, I suppose not. Judging from what I’ve earned so far, we’d have starved to death.”

“So it’s just as well.” My wife is always sensible.

Once in bed, I thought, I could write a mystery. Passions ran high in our retirement community, over an increase in our monthly fees, spending money to renovate our restaurant, running for club office, even a misplayed bridge hand. It shouldn’t be too hard to imagine somebody who deserved killing, with a whole host of suspects. I told my wife my idea.

In our annual Christmas letter, I said we’d had a good visit to London and mentioned meeting Ruth Rendell. Looking back, I suppose it was a good visit. But I’ve always regretted losing that pen.


Ruth Rendell regrettably passed away in 2015; she was 85. She told us that her friend and fellow author P.D. James lived near by; in fact, we passed her house on the way from the Tube back to our B&B. We could tell she was home if we saw her cat on her doorstep. Ruth Rendell and P.D. James were two of my literary heroes, or heroines. Every time we passed by P.D. James house we looked for her cat but never saw it. If we had I don’t know if I’d have had the nerve to knock on P.D. James’ door, probably not. But I like to imagine doing so and being asked in for tea. P.D. James passed away in 2014 at the age of 94.

Definitely reads like a TRUE story! Thank you for sharing the London tale on Storystar, Martin. And congratulations on being selected for another front page feature as the Story STAR of the Day! :-)

Definitely reads like a TRUE story! Thank you for sharing the London tale on Storystar, Martin. And congratulations on being selected for another front page feature as the Story STAR of the Day! :-) 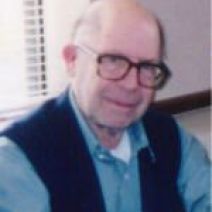 Thanks for your comment, Jd. The story is mostly true. Ruth Rendell was very gracious. Martin

Thanks for your comment, Jd. The story is mostly true. Ruth Rendell was very gracious. Martin