A Garland Of Lilies

A Garland Of Lilies
BY Ayush
That road I was walking on then was a witness of the sweetest memories I had made with Rachel Jones, the girl who lived up that road and made garlands. Then I was sixty and had returned to that little town after a long gap of forty years...for her.
It wasn’t that I could not return… it was just that I didn’t want to. Forty years ago, Rachel and I walked on that very road embracing the love whose seed we had sown together. Rachel was a lovely girl. She made the most beautiful garlands that I had ever seen. She once made me a garland of lilies on my birthday and I spent that entire day wearing it around my neck. I loved her…very much. Two years passed and I had decided to leave the town for a job. I knew Rachel’s mom didn’t like me so I had asked her to come with me. I had told her that I would wait for her down that road beneath the beech tree. And that if she didn’t come I would have to move on without her. She didn’t come. I moved on in my life. I didn’t marry though…because she was to be the only girl I would ever fall in love with.
I reached the house. It hadn’t changed much in forty years. I rang the bell. An old woman opened the door. I said-
“Good morning, I’m looking for one Rachel Jones…does she live here?”
The old woman looked at me suspiciously and asked-
“Why do you ask about her?”
I said timidly, “Oh, I am a friend of hers…”
“Friend?” The old woman said in a stern voice, “Gentleman she has been sitting still on her bed for the last forty years…her mother passed out...not a person came by to look for her and today you say you come as a friend…shame on you.”
“sitting still?” I asked in utter dismay.
“Yes sir! Sitting still…it was forty years ago, she had dressed like a princess…she had somewhere to go but was struck by a paralysis attack that very day…first she lost her voice…then her senses…now she sits still with her eyes open staring at a decayed garland of lilies… they say the last word she spoke was…William.”
Alas! That was my name.
I stepped in the house not to find a girl who wove the most adorable garlands…but a woman who was a living cadaver of time. I stood before her but she kept staring at that garland of lilies that hung on the wall. I couldn’t bear to see her the way she was then, so I turned my face away and was about to leave when a voice came from behind…
“William this garland has grown old let me weave you a new one…”
I rushed back and held her tightly in my arms. We both shed tears but only to wash away the pains of yesterday and the next day when the sun rose bright in the sky, we wove a garland of lilies…together.
********

भाई हिंदी में बोल रहा हूँ क्योंकि शब्द नहीं हैं बोलने को, क्या उम्दा लिखे हो! Ayush, believe me, after reading this story, I can hardly see anything. Yes, your story brought tears in my eyes. It is true what B. Wordsworth said that there is a poet inside all of us!

भाई हिंदी में बोल रहा हूँ क्योंकि शब्द नहीं हैं बोलने को, क्या उम्दा लिखे हो! Ayush, believe me, after reading this story, I can hardly see anything. Yes, your story brought tears in my eyes. It is true what B. Wordsworth said that there is a poet inside all of us!

so sweet breath taking and wonderful

so sweet breath taking and wonderful 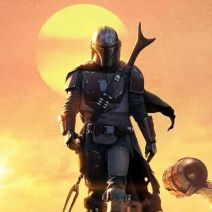 Thank you so much,Kassie, for your kind words. I am glad that you liked it.

Thank you so much,Kassie, for your kind words. I am glad that you liked it.