Dani Leonetti squeezes the heirloom crucifix in her trembling palm. It feels as if her heart will soon beat right out of her chest. The walls of her country-themed living room flicker with the chaotic images of breaking news.

The city's largest apartment building is ablaze with the fiery fury of a rapidly expanding inferno. The scene is tragic and horrifying. But even these two adjectives seem inadequate to describe Dani's inner turmoil. For, it happens, the devoted wife and mother has a strong connection to the event. That connection is named Victor. Her loving husband, superhero of a father to her young son and veteran firefighter. "Dear Lord, please surround Vic with Your angels," she silently prays. "And help him to help all those poor people."

The youngest Leonetti sits on the floor, transfixed, gazing up at the unfolding tragedy on the television screen. "Little Vic," as he's known, aspires to be a firefighter like his dad in the years yet to come. Dani wonders to herself, looking at her captivated son, if he really comprehends the seriousness of what's before him. The full scope of the tragedy. And the very real uncertainty of whether his dad will make it home again. Then she hears Little Vic mumbling something over and over.

Dani smiles as she glances at the family portrait hanging above the television. One word graces the bottom of the gilded frame: VICTORY. The trembling heart of a worried wife and mother begins to calm with hope and faith.

These three words reverberate in Victor Leonetti's quickened mind. Angry waves of intense heat sweep over him - as if the very windows of Torment have been opened. The courageous firefighter has but two goals on this day: extinguish this orange monster and see his beloved family again. On this side of eternity. Both goals, however, threaten to slip away with each excruciatingly-long minute.

Plumes of smoke billow from the high-rise structure, black as night, though the day's sun hasn't set. A cruel but fitting symbol for the bleakness of the situation. Screams are temporarily interrupted by the sound of falling debris, crashing below. It's hard to see, hard to think, through the chaos.

Victor turns to see a heartbreaking sight. A frantic man is having to be restrained by police from entering the burning building. "Get off me," the man demands with a desperate voice tinged with fury and panic. "My family is in there! Don't you understand that?" At this moment, the pleading stranger turns and briefly makes eye contact with Victor. The look on the man's face strikes him at his core. Waves of compassion and sadness well up within him. A force that's equal in power to the incessant rush of heat bombarding him.

Victor looks up in the direction of the man's pointing and trembling finger. There he spots a woman on the balcony, weeping and clutching her toddler son. What's that she's screaming? Victor can't make it out at first. Finally he manages to read her lips.

Instantly he thinks about his own precious family. What if that were Dani and Little Vic up there on that balcony, inches and moments away from a fiery end? He recoils at the thought. And he can't imagine that he would put up any less of a fight than that poor man, still vainly struggling with the police.

No human is immune to the stress of seemingly hopeless situations, even highly-trained and elite professionals. This holds true for one Victor Leonetti. The blaze, with all its collateral horror, appears to get worse by the minute, despite the unified intervention of the city's finest. Victor knows that he must fight off despair and focus on the task at hand. Too much is at stake for...Well, he can't let himself think about the alternative. So he utters but one word over and over.

Suddenly the woman on the balcony raises both arms above her head, grasping a small object between her hands. Victor squints, trying to see through the smoke. Finally he realizes what's about to happen. The realization hits him with sickening force. The distressed woman, in a desperate attempt to save her son's young life, is mere seconds away from tossing the wailing child into the congregation of firefighters below. Way below. For she is seven stories up.

Before the hopeless mother can carry out her plan, however, she is knocked flat on her back by a powerful force. A loud, physically jolting force. Victor can see her through the balcony railing, on her back, embracing her son and instinctively trying to shield him. What just happened? The immediate assumption is that an explosion has occurred somewhere within the building.

For some reason, Victor suddenly experiences a disruption in the normal flow of Time. Everything begins to move in ultra slow motion. At least that's how he perceives the hellish reality that's unfolding before his stinging eyes. He notices a mass raising of heads and fingers upward - in the blackened sky above the top of the building. In what seems like an inordinate amount of time, he too lifts his head toward the heavens. Then he sees it. Oh...God...no. A glowing ball of orange. It appears to be a fireball, and under it are dozens of vulnerable lives - including his own. Victory? That seems a tad ambitious to him at the moment.

In an instant, Victor's perception returns to normal speed. And he is welcomed back by an even higher degree of havoc. Fear. Panic. Screams. Hands cover heads. Those fortunate tenants who have managed to exit the apartment building, the ones on the bottom floors, rush to seek shelter across the street. Spectators do the same. Any minute now, so it's assumed, that thing will fall with fiery fury.

But the fireball doesn't descend. Not at all. Instead, against laws of logic and physics, it remains hovering in the same spot where first observed - directly above the roof of the blazing building. Furthermore, Victor observes, there are no flames emanating from it. On the contrary, it appears that flames are somehow being drawn into it.

What "fireball" does THAT?

The crowd watches in shocked silence. Civilians, firefighters, police officers, news media. Not a single face looks anywhere but up. The scene reminds Victor of the collective mesmerizing induced by a solar eclipse. The luminous ball of orange, once thought to be a fireball, even resembles a small sun. But unlike an eclipse, there are no shadows being cast from above. The levitating object, in fact, seems to get brighter by the second. But that's hardly the most noteworthy aspect of this unbelievable phenomenon.

The once-roaring inferno has considerably dwindled in both size and intensity. That thing is absorbing the fire into itself! A cool and calming breeze sweeps over the crowd. Afterwards, multiple witnesses agree that it was like the orange sphere was saying, I got this. In less than fifteen minutes, not even an ember remains of the blaze. Victor rushes into the building, along with his fatigued comrades, to help those trapped inside.

News cameras are rolling. Phones are pointed skyward. Before nightfall, the incredible footage will go viral. Surely this will go down as the most documented and irrefutable paranormal event in human history?

It is quiet at the Leonetti house. Externally, at least. The horrific news images have faded to black. Dani made the decision to shut off the television before the fire reached its spectacular conclusion. She discerned that her son's fascination with the event was turning to distress. After all, that's his dad in the middle of all the horror. Now Little Vic is fast asleep in his bed, following some reassuring words from his mom.

Dani wishes for the blessing of unconsciousness as well. Then she could enjoy a break from her worry. For, although it's quiet in the house, the booming thunder of negative emotions within her is deafening. All she wants right now is to hear from Victor. To hear his voice. To know he's okay, and that he'll be home soon. She refuses to get on social media, for fear of hearing the worst. So she remains unaware of the video footage that is presently setting the world abuzz.

Finally, and mercifully, it happens. Victor calls. Tears of thankful relief moisten her already reddened eyes. She has never answered a phone so fast in her life.

Little Vic, unbeknownst to his joyfully distracted mother, has awoken and stands in his bedroom doorway. Quickly he figures out that it's "SuperDad" on the other end of the conversation. He pumps his little fist, turns and grabs the child-sized firefighter helmet that his father bought for him. Climbing back into bed, he cradles it against his chest. One word stares back at him, affixed to the front of the helmet: Victory.

Research Report Regarding Observed Radiant Being

Observed Action: Extinguished fire by absorbing the flames into itself

Researcher Notes: "While many lives were saved by this entity, all field investigators should exercise extreme caution. We are apparently dealing with a new life form here on our planet, and there is much we don't know. Hence the reason for the formation of this organization. There could be others."

"There could be others."

Congratulations on being featured as one of the Short Story STARS of the Week, Matt! And THANK YOU for all the great stories you've shared on Storystar! :-)

Congratulations on being featured as one of the Short Story STARS of the Week, Matt! And THANK YOU for all the great stories you've shared on Storystar! :-) 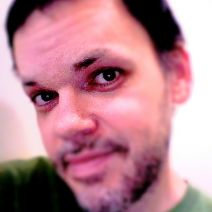 Thank you very much! I really appreciate the platform and opportunity to share my work

Thank you very much! I really appreciate the platform and opportunity to share my work

Thank you! I'm glad that you enjoyed it

Thank you! I'm glad that you enjoyed it

Matt,
This is so different than your "poetic stories"- yet every bit as enchanting. You have a unique mind. Jd said it all.
Smiles, Kevin

Matt,
This is so different than your "poetic stories"- yet every bit as enchanting. You have a unique mind. Jd said it all.
Smiles, Kevin

Thanks so much, Kevin, for reading my story and for the feedback. It's not the easiest task to jump out of rhyming mode in order to write a story such as this. I guess I wanted to prove to myself that... Read More

Thanks so much, Kevin, for reading my story and for the feedback. It's not the easiest task to jump out of rhyming mode in order to write a story such as this. I guess I wanted to prove to myself that I could still do it. LOL Thanks again!

If only all unidentified hovering objects could be so giving of life and squelching of death! Great feel good story! Thanks for sharing your story on Storystar, Matt! : )

If only all unidentified hovering objects could be so giving of life and squelching of death! Great feel good story! Thanks for sharing your story on Storystar, Matt! : )