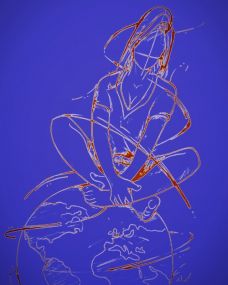 They arrived at the Coliseum just in time to see Giuseppe pay the guard and enter the Coliseum with the spellbook in hand. “What is our next move?” Dominic asked as they paid the cab fare and exited the taxi. “Let's go in the Coliseum and assess the situation as we see fit. Giuseppe came here for a reason, and I am afraid of what that reason may be.” Father Jax said as we rounded the corner of the Coliseum and stopped in front of the guard. “Hi. How much for tickets?” Dominic asked as he pulled out his wallet. “36 euros.” The guard said as he took the euros from Dominic. “Excellent. Once you go inside, one of the ushers will escort you to the general admission standing area where you can wait for the next tour.” The guard said as he pointed behind him to one of the ushers. “Hi, the next tour is in 30 minutes. For now, you can stand in the general admission section in the arena.” The usher said as we followed. “Are you guys newlyweds?” The usher asked as she led us down a corridor. “Yeah. Just married. Let me guess, the wedding dress and tuxedo gave it away?” Dominic said as he pulled Aly close to him. “Yeah.” The usher chuckled as they slowly made their way down the cold and muddy corridor and up a staircase that led into the main arena part.

“Oh my gosh!” They all exclaimed at once as they took in their surroundings. Ally couldn't believe she was inside the colosseum especially on her wedding day. “I see Giuseppe! Who is that with him tho?” Father Jax asked as he pointed to the bottom left of the colosseum where Giuseppe’s bright orange shorts were emerging from the entrance to the underground part of the arena. “How did he manage to get into the underground part of the coliseum?” Father Jax asked as he gazed in amazement. Giuseppe made his way to the middle of the arena and carefully climbed up one of the stone columns. “Ladies and Gentleman its time for the main event!” Giuseppe yelled as his voice echoed throughout the arena. Oceanus please join me.” Giuseppe shouted as a man with a pitchfork, long white beard, and a white tunic dress emerged from the shadows of the underground. “You can't be down there!” One of the guards shouted down to Giuseppe. “This is not good.” Father Jax said as he shifted anxiously in his seat. “What do you think is going to happen?” Dominic asked. “Nothing good if he needs Oceanus’s help,” Aly responded as she looked back at Giuseppe who was now trying to pathetically help Oceanus over the corner of the stone column. “This is pathetic, squeeze your legs together man.” Aly heard Giuseppe tell Oceanus as she watched them struggle until they finally stood together on top of the stone column. “I am Oceanus! The king of the ocean!” Oceanus shouted as he gazed curiously around the arena. “Trevi-Trevi-Trevi fountain please grant this wish of making the Coliseum back to its original form. I wish to see a Roman Gladiator show.” Giuseppe yelled as Oceanus picked up his pitchfork and pointed it towards one part of the coliseum and started spinning. He spun and spun gaining speed as he flooded the whole arena with water. “Now bring on the show!” Aly heard Giuseppe shout as the water sprayed her and then the water stopped. Aly looked around and was shocked to see she was submerged in a crowd filled with old Italian gladiators.

The floor of the Colosseum that Giuseppe had climbed onto the stone column was now smooth and covered in a layer of dirt. It was decorated with ancient Italian fighting weapons and suits of armor. Aly was amazed by the beautifully decorated chariot the most though. “Where did you get that turkey leg?” Aly said as she watched Dominic chew obnoxiously on the turkey leg. “I don't know but I can't put it down,” Dominic said as he bit further into the leg. “Give me that. It is not safe to eat food from a century that you don't even know where the meat comes from. Your body is not accustomed to it.” Father Jax said as he tried to take it from Dominic but he was met with a hiss by Dominic. “No,” Dominic said as he turned away from us. Aly and Father Jax both exchanged glances and went back to watching the show unfold underneath them. “Ladies and gentlemen, it is time for the main event. Today is a very special day because it is the emperor’s birthday today.” The announcer yelled as the emperor slowly emerged from the underground tunnel. “Today, he will be the deciding factor in whether or not a gladiator lives or is killed. You see, the last battle we had ended in a tie. There can only be one winner and we need the emperor to make that choice. Bring out the 2 gladiators!” The gates behind the emperor rushed open and two soldiers in full armor came out dragging the two gladiators behind them. Cheers erupted from the crowd as the soldiers tied the gladiators to a pole.

“I really don't want to see what happens next,” Aly said as she dug into Dominic’s arm and shielded her face. The emperor was now circling the gladiators, sizing them up. “I say we let them fight it out for a little bit!” The emperor exclaimed as he moved aside to let the soldiers undo the gladiator’s chains. One of the gladiators immediately went for the sword and the other went for a chariot and a sword. The gladiator circled the arena in his chariot again and again as he prepared his horse for combat. Finally, he stopped at one end of the dirt circle and the other soldier stood on the other side facing him. Cheers erupted throughout the stadium as they charged at each other. “No, no, no, no!” Father Jax screamed as the gladiator on the chariot was knocked to the ground. He had a huge gash in his side but was still alive. He held up one finger, and the emperor came back to the center of the stage. “Should we continue this fight or let him go?” The emperor asked the crowd. “Let him recover and have another match later!” The crowd yelled back. “We will have pity on you. Soldiers pick him up and go clean him up.” The emperor said as he held up a thumbs up and walked back into the shadows of the underground. “Oh thank goodness,” Aly said as she could breathe again. “Trevi-trevi-trevi fountain I wish to go back to modern-day 2019.” Aly heard Giuseppe shout from the center of the arena as she was met with a splash of water and then watched as the coliseum emerged back to its original modern-day state.

Your story was very adventurous and entertaining, and fun to read. Thanks for sharing your stories on Storystar and congratulations on being chosen as one of the Short Story STARS of the Week, Teresa! :-)

Your story was very adventurous and entertaining, and fun to read. Thanks for sharing your stories on Storystar and congratulations on being chosen as one of the Short Story STARS of the Week, Teresa! :-)

I love it it’s such an interesting topic!

I love it it’s such an interesting topic! 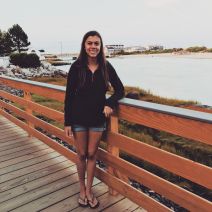 Thank you! Glad you enjoy story as much as I do :)

Thank you! Glad you enjoy story as much as I do :)