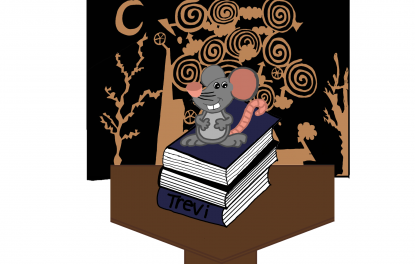 “What is our next move?” Dominic asked as Father Jax began getting up and dusting himself off. “Well, we have no choice but to find a boat and follow them.” Father Jax said as he put his arms up in defeat. “No. We can’t do this.” Dominic said as he started pacing back and forth. “Aly and I haven't enjoyed one second of our wedding day. We instead had to chase Giuseppe all around Rome and now you want us to leave and get a boat to follow him to Sicily?” Dominic said as his face turned red with anger. “You agree this is ridiculous right, Aly?” Dominic asked as he turned toward her and watched her shake her head in agreeance. “Let's go back inside, and resume our spots at our wedding,” Aly said as she grabbed Dominic’s hand and started walking off. “Guys.” Father Jax said as Dominic ignored him and kept walking. “Guys, seriously.” Father Jax said as Dominic and Aly spun around. “What?” Dominic shouted as he began to feel the ground shake beneath him. “Stamped!” Father Jax yelled as he peered out the bushes of the courtyard and witnessed a large stampede of bulls headed right for the courtyard. “Aly get on,” Dominic yelled as Aly jumped onto his back and he started running. “Get something red!” Father Jax anxiously shouted. Aly spotted a red scarf on one of the wedding guest’s chairs inside. “Dominic! Red scarf! I will be right back.” Aly said as she hopped off Dominic’s back. “Aly, no!” Dominic shouted as Aly pulled open the reception room’s doors and ran to where the red scarf was. Luckily, she was able to make it outside before anyone realized she was there. “Here!” Aly said as she ran to Father Jax and gave him the red scarf. He grabbed the red scarf and ran through the bush. “I don't want to, but we have to watch this,” Dominic said as he and Aly poked their heads through the bushes. The bulls were now running in the middle of the square a few feet away from their destination, which was the courtyard. Father Jax bravely held up the red scarf as the bulls charged the red scarf inches from Father Jax. “Ahhhhh!” He screamed as the last bull flew past him and slowed to a halt. Dominic and Aly erupted into clapper as Father Jax took a bow. “Thank you, thank you.” Father Jax said as he rejoined Aly and Dominic. “I know for a fact Giuseppe sent those bulls to kill us. There isn't just a random bull stampede at all unless someone intentionally sent them. We have to get them out of here in case he comes back to check out his work shall we say. We have to get them back to where they came from and then destroy the courtyard so he doesn't suspect anything. Dominic, you grab a bull and Aly help him lead it.”Father Jax said as he ran into one of the little shops and came back out with rope. “Tie this around their neck for a head harness.” Father Jax said as he lassoed a bull with rope and caught him around the neck. Dominic did the same and then got the third bull and handed the rope to Aly. “No thanks.” Aly politely said as Dominic gave her a look and she took the rope. “Let's just bring them and tie them in the courtyard and then we will decide what to do with them once we destroy everything.” Father Jax said as he led his bull through the bushes with Aly and Dominic in tow. Aly tied her to the nearest tree and waited for Father Jax to give them the next set of instructions.