It was the night of Hallows and there were some clouds in the sky. Of course, those clouds were welcomed by the witches traveling through space and time, they came in handy to rest for a while, nothing like a good cushioned
cloud to lie back in, broom, hat and all.

The little witch on her first long-distance flight decided to find her own corner in a huge cloud. She felt grateful to her Mother witch of some standing who had taught her that and many other things a self-respecting witch should bear in mind, like not stealing babies and not harming anyone. Witches who did those things gave their good sisters a bad name.

The little witch wanted to prove she was good indeed, though she did not know how she would do so, being so young and inexperienced. But this night she needn’t worry...all was prepared, though she didn’t know.

She was settling to some rest when she heard their whispers. She looked and saw them, some were young and some older, all of them were transparent, lit from the inside. They were kind spirits, getting ready for their journey to the Earth.

Their dialogues were amazing to the little witch, they spoke in soft tones and only from time to time they got excited by the idea of visiting their loved ones.

“I shall see my children again, they are preparing a big table and there are candies for the children!” said one.

“I shall see my wife and tell her not to worry, I am fine here and all of you are good sports.”

“I shall see my grandchildren and tell them to be good to all living beings for we are all children of the same Mother.”

And thus they spoke to the delight of the hidden little witch until a little girl joined them. She was new to the group and was excited at the idea of seeing her parents again if only for one night…

But the older spirits were doubtful and said, “You have not been here long enough to understand you can only visit
not stay. You are very mischievous and shall disturb in the journey. The Earth is so full of cruelty and sadness there is a dark veil that covers all up, making it difficult to find the way so we can’t be distracted, lest we end up in Saturn or some other planet”

The little witch looked at the little spirit and saw she was so sad she could not bear it any longer. So, she emerged from her hiding place, broom and all, and said, “Good hallows, allow me to offer my help. If this lovely child keeps your minds off the path I can carry her to the Earth on my broom, for I also have to fly there, to meet my sisters and Mother.”

“Yes, and tonight is the first night I venture in the Ether, my broom is new and runs on stardust collected by my Mother, who is a High Witch.”

“I see", said the older spirit.”We are not afraid of accidents, you see, for all of us crossed the frontiers between the worlds long ago, except for this little one.”

“I shall take care of her and bring her back here on my broom.”

So the older spirit asked the child, ”Do you agree and promise to come back, to comfort your loved ones and depart graciously?”

“Then go, for no child should be denied to see his own Mother. Thank you so much, little witch”,

“Oh, do not mention it, it is a pleasure. We shall keep each other company.”

So the little witch and the little girl sat on the broom. The little witch felt something strange, but then you don ‘t fly a spirit to visit her Mama every night. And then the broom started going really fast, so fast they left the other spirits behind. They also circled stars, played around different worlds and only slowed down when they ran into some serious spirits on their way to the Earth.

“See how those go, these young ones are dreadful”

And with these words, the not so serious spirit became a light beam crossing space. The other decided to imitate her and soon others followed. There were many light beams crossing the sky that night.

As the little witch had slowed down the girl cried, ”Oh, hurry, I want to see my Mom and tell her I am fine, not to worry.”

“Here we go, brace yourself!”

It was near Midnight when they all arrived. The little witch told the girl to be ready at her door just before the end of the night, she would take her home. And then she realized she also had to see her Mother so she went to a dark forest and waited near a brook, as a good witch would do. When Midnight struck a beautiful woman appeared. She was dressed in black and had the symbol of the Moon hanging from her slender neck.

“So here you are, my child. I know what you have done and what you will do. You have shown great courage, flying such long distance. How is your little friend?”

So the beautiful woman took her daughter to the brook and lit the waters with a slight movement of her hands.

She concentrated for a while and then said, "Come and see, my child.”

The little witch obliged and saw a beautiful house. There were a table and a couple sitting at it. They had placed a little dish with a delicious meal in memory of their little one who'd died days before. And they did not look sad for they could feel she was with them if only for one night, the night of Hallows.

“You have done a good thing. Now, we shall see how the others are doing.”

And they saw all the spirits blessing their loved ones, smiling at the decorations and having their families around them, even if they could not be seen.

The little witch played with her sisters, talked to her Mother and saw the hours had flown.

“You must hurry, the night is almost over. The little one must go to her new home. She can't stay on Earth, where she belongs no more.”

So the little witch hurried and found her little friend at the door, waiting patiently. Because you see, only animals, children, and witches can see spirits in the night.

“Carry me home, I do not belong here any longer, I want to fly home but not alone. Would you fly me there?”

“Yes, and if you want, I can bring you back next Halloween.”

“Oh, yes. I know I shall have a little brother on Earth by that time.”

And thus, chatting in a language only spirits and witches understand, they left the Earth and crossed the sky. Just for fun, the little girl closed and opened her hands. Lots of little stars flew in all directions, lighting up the sky.

"There is the child again, she can’t behave!” said the older spirit who had already got home.


In the meantime, on Earth, in an observatory, an astronomer said to one of his colleagues, “I just cannot understand where all these new stars came from. They certainly were not there before this night.”

That was a lovely fun read which shows the special magical and inspirational side of Halloween that is not often enough depicted in stories and movies. Thanks for sharing this 'All Hallow's Night' story on Storystar, Elizabeth.

That was a lovely fun read which shows the special magical and inspirational side of Halloween that is not often enough depicted in stories and movies. Thanks for sharing this 'All Hallow's Night' story on Storystar, Elizabeth.

I think I'm a bit late in featuring your story, since it should have been featured before 'All Hallows Night' rather than after, but hopefully it's better late than never. Congratulations on being sel... Read More

I think I'm a bit late in featuring your story, since it should have been featured before 'All Hallows Night' rather than after, but hopefully it's better late than never. Congratulations on being selected as one of the Short Story STARS of the Week, Lizzie, and thanks for sharing your stories on Storystar! :-) 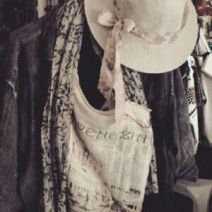 My pleasure! Thank you for your words, Jd, I am so glad you enjoyed my story. Love, Lizzie.

My pleasure! Thank you for your words, Jd, I am so glad you enjoyed my story. Love, Lizzie.