All of this happened on a summer day in Sacramento, capital of California and pretty large city but in some respects still a small town.

Fred Basset selected a new shirt and a pair of newly-pressed slacks. He had finally managed to secure a date, well, kind of a date, with Courtney Culpepper and wanted to look his best. Courtney had agreed to meet him at a downtown coffee shop that afternoon. He was looking forward to it with a mixture of excitement and anxiety. If the coffee shop meet went well he’d ask her out for dinner.

Fred was 30 years old and looked somewhat older with his thinning hair and round eyeglasses. He was of average height and average in every other way, He worked in a State office as a statistician. He was adept with numbers and did his work quietly and efficiently. He didn’t like office politics and so wasn’t apt to get a promotion anytime soon. He didn’t mind this. He was satisfied with his job and his main focus was Courtney, who was an analyst in his office. Courtney, with her auburn hair, green eyes and the figure of a model, was a beauty. She was also very popular. Fred had asked her out for a coffee several times before and she always told him she was busy. He imagined she had lots of dates. But this time, to his surprise, she’d said “All right,” although in a rather dismissive way. That was okay with Fred; he was finally going to be seeing her.


Courtney Culpepper had just finished packing her travel bag. “But I thought you had a date with that Fred What’s-his-name,” said her roommate Diane.

“Yeah, but do you think I’m going to pass up a chance to go to Tahoe for the weekend just because of that nerd?’

“So you’ll just stand him up? What’ll you tell him next time you see him at the office?”

Courtney shrugged. “I’ll tell him something came up. It’ll be okay. He’s been mooning over me for months. That’s the only reason I said I’d meet him in the first place. I guess I felt a little sorry for him.” A car horn sounded from outside. “Oh, that’s my ride. Well, I’ll see you. Bye-bye.”


Cindy Smith surveyed herself in her mirror. She had put on her best dress and applied more make-up than usual. She was 29, a plain but pleasant-faced young lady with brown hair, usually worn in a bun when she was at work in the library, but now taken down. She rather looked like what she was, a librarian. She rarely had dates But this afternoon she was meeting someone, a friend of her brother’s, at a downtown coffee shop. She had hopes but they weren’t too high. She knew what she looked like, even with her hair down, 29 and a librarian and on her way to becoming a spinster. But maybe this would be the beginning of something new.


Charlie Travers was getting ready to go out. He was a tall good-looking young man who was a legislative aide. He almost always had a date on the weekend. This weekend the girl he’d been seeing the last few weeks had gone out of town so he had kind of a blind date with someone else, doing a favor for a friend.

Charlie shrugged. “Yeah, I guess so. Her brother has been at me the last two weeks. I guess she doesn’t have too many dates, maybe none.”

“Yeah, could be but I can’t back out now. It’s only at some coffee shop. I’ll take a look and if I don’t like what I see I’ll just walk out again.”

Charlie shrugged again. “She’ll get over it. I’ll think of some excuse to make to her brother.”


Fred had been sitting in the coffee shop for almost an hour nursing a latte. Every time the door opened he had hopes but it was never Courtney. The door opened again but it was a tall good-looking young guy. He looked around and a young woman sitting a few tables away looked up expectantly. The young guy made a sort of grimace and went out again. The woman’s face crumpled and she took off her glasses and wiped her eyes. Fred thought she might be crying. He’d noticed her before as she was the only other person besides himself sitting alone and, like himself, seemed to be waiting for someone.

On an impulse Fred stood up and went over to the woman’s table. “Are you alright?” he asked.

“Do you mind if I sit down. I was expecting to meet someone but I guess I’ve been stood up.”

“You know, you look familiar. Have we met before?”

“I don’t think so. I work at the downtown library.”

“That must be it. I work downtown for the State and I go there a lot during my lunchtime. “Uh, can I get you another latte?”

For the next two hours Fred and Cindy told each other their life stories, then they went to dinner. When, years later, they told their children how they met the kids thought it was pretty funny.

I don’t know if Charlie and Courtney ever met. If they did, they’d know they were two of a kind and it’s possible they did meet. Sacramento is in many ways still a small town.

Good one, Martin! Both of their 'dates' were shallow self-centered idiots, which thankfully provided them with a perfect opportunity they would never have had otherwise, and a great story to tell the kids and grandkids about how they met. Loved it! :-)

Good one, Martin! Both of their 'dates' were shallow self-centered idiots, which thankfully provided them with a perfect opportunity they would never have had otherwise, and a great story to tell the kids and grandkids about how they met. Loved it! :-)

Martin,
I have actually come across this kind of story in real life- three times. Kindness wins out in the end. I loved it, just plastered a smile all over my face, and all three of my chins quivered too. LOL

Martin,
I have actually come across this kind of story in real life- three times. Kindness wins out in the end. I loved it, just plastered a smile all over my face, and all three of my chins quivered too. LOL 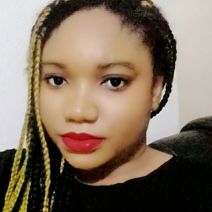 Kindness created a wonderful opportunity for both of them to find love. Lovely story.

Kindness created a wonderful opportunity for both of them to find love. Lovely story.