Ashanti was born in September the 30th 1705. She is currently 8 years of age; she lives in London, the United Kingdom. She has royal blonde hair and baby blue eyes. The 17th century is known to be the Renaissance and early modern period. The logic is generally regarded as seeing the start of modern philosophy.

Women wore a linen nightie like garment called a shift. Over it they wore long dresses. The dress was in two parts the bodice and the skirt. Sometimes women wore two skirts. The upper skirt was gathered up to reveal an underskirt.

Ashanti is Just an ordinary little girl who enjoys playing in her pond with her dearest sisters. Splashing her old flat shoes in the puddles. Playing around her beautiful garden with apple trees and planted flowers.

Ashanti settles for less because in that time of the year there was not much to do. There was NO telephones or television at all! So she didn’t have much to offer, so she was humble like Pollyanna.

Ashanti feels like a princess in her ultra gown/cloak. She spins around with joy….. But she also wishes she had special powers….. She hopes she could fly or make magic naturally….. If only, if only, an angel or jinn could hear her voice and prayers!...... she would do everything to get out of this small world….. She could be extraordinary! In high lengths!

One day, on a cold morning, while Ashanti was sleeping in her bed at 7:02, an angel with superpowers appears next to her…… she jumps! It scares the hell out of her!

This angel looks so gorgeous and stunning. She is tall with bumblebee hair, sky eyes, wearing her astonishing costume, all in lava, with her wings and a magic wand in her hand.

“Hello its Selena to your rescue!” the angel introduces herself.
“Oh my god I can’t believe my eyes! My prayers have been answered!”
“My pleasure. Whats your name princess?”
“I’m Ashanti”
“Ashanti, wow such a beautiful name for a princess like you!”
“Why thank you my savior” Ashanti replies.
“So how may I help you my majesty?”
“My highness, I want to be able to fly and make magic happen!”
“As you wish princess!”

Ashanti smiles and puts both hands on her mouth for courtesy from her shock.
Selena, the angel, shows tricks to Ashanti with her magic wand. She makes the furniture move up in the air…..

“Wow god gracious!” Ashanti yells with surprise. Her eyes bulbously.
“From now on, you’re a princess. Here, this wand is for you, when you wave it you can make anything happen! I will also give you psychic powers when necessary” Angel Selena says.
“Thank you very much your highness!” Princess Ashanti replies.
“Now let’s go to Utopia to confirm your membership with our heavenly father- king”
“Close your eyes and do not fear child”
“Okay”

They both escape out of the country and earth. They fly together into the Utopia planet. This place is far away in the Milky Way.

When they come back Angel Selena disappears and Ashanti is left alone again, but she now has her superpowers thanks to her new wand and psychic powers! She can make anything happen! She doesn’t have to feel boredom anymore! She is grateful for this blessing from her Angel Selena! 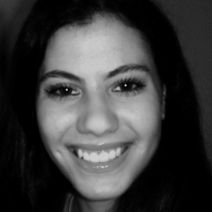 Great story, Seniha. You've clearly researched the era and that's important if you want to draw the reader into the world you've created, which is precisely what you've done here. : )

Great story, Seniha. You've clearly researched the era and that's important if you want to draw the reader into the world you've created, which is precisely what you've done here. : )

That was a fun story to read, Seniha. It would be awesome to have magic powers. Thanks for sharing your fantasy story for kids on Storystar, and congratulations on being selected as one of the Short Story STARS of the Week! :-)

That was a fun story to read, Seniha. It would be awesome to have magic powers. Thanks for sharing your fantasy story for kids on Storystar, and congratulations on being selected as one of the Short Story STARS of the Week! :-)

Thank you very much I'm so happy right now! :)

Thank you very much I'm so happy right now! :) 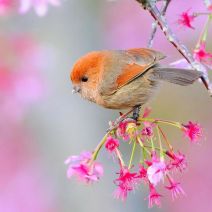 Nice story. I am glad to read it.keep writing.

Nice story. I am glad to read it.keep writing.