New Year’s Day in Great Yarmouth. The sky is a pale grey colour with washed out clouds hanging over a turbulent sea. Out at sea the sails on the wind turbines turn quickly.
Only very elderly people with grey, worn faces are out walking on this first day of the New Year. After a very stormy New Year’s Eve the wind has stopped howling and the sea is a little calmer.
Jessie hurries along Marine Parade Street looking for somewhere to have breakfast. She spots the Anchor Café which at best could be described as a large shed. Pushing the sliding door along she goes in. The windows are all steamed up and there is a grubby feel to the place, but she is hungry and thirsty and orders the full English breakfast which is cheap at £4.95. She feels reassured because there’s quite a few people in eating breakfast.
‘Can’t be too bad’ Jessie thinks and smiles to herself as she reads the menu which lists beverages. There are no speciality coffees, no lattes, flat whites or cappuccinos here. You can have an instant Nescafe for £1 or a milky one for £1.80. She orders the full English.

When the breakfast comes up, it’s fine. Two fried eggs, two sausages and two rashers of bacon all swimming in a sea of baked beans. The owner plonks a smaller plate down.
‘Toast’ he says. Jessie looks at the flaccid slices of white bread, which are barely toasted and curling at the edges, and says ‘Thank you’.
As she eats, she thinks back to last night and sighs.
She remembers that she went out to a pub on the sea front for a bit, and then back to the club at the caravan site. But this morning she woke to find a bloke in the bed and simply did not known who he was.
She had looked carefully at him and knew if she had been sober, she definitely would not have brought him back, let alone slept with him. She left him snoring his head off.
‘Not my type’ she thought.

She finished her breakfast and wandered back along the sea front and into the recently restored Victorian Pleasure Gardens. She sat down on a bench to take stock. Three days ago she had quit her job in an advertising agency. Her life was going nowhere. She was drinking far too much and was living her life like a teenager when in fact she was 32 years old.
But what to do? How to change? She’d remembered Seashore Haven caravan site from holidays she had spent there as a 15-year-old. Looking online she had found you could still book a couple of nights in a caravan for the New Year celebrations and that the club would be having a New Year’s Eve party with entertainment. So here she was, and all she had done was repeat the same pattern as always. Drink too much, pick up a guy, sleep with him and then regret it.
Jessie was so deep in thought she didn’t notice someone standing in front of her until a voice said ‘Hi’. Looking up she reared back in shock. It was him, the guy she’d taken back to the caravan.
‘I thought you must have taken a walk. Sorry I slept in. Too much booze last night. I’ve had a shower. Hope that was OK. I was filthy. I came straight from work last night. I’m an engineer and our team was just doing some maintenance work on the wind turbines. Only came in to have a pint. Then I spotted you. Sorry, I’m rambling’.
He was rambling and Jessie just sat there as he went on:
‘I’m an engineer. Oh, I’ve already said that’ and he went a bit pink but still talked on.
‘We rent out a caravan for a few nights when we’re servicing the wind turbines’.
Then he stopped and looking directly at her, he said:
‘Shall we start again? My name’s Mike’ and he held out his hand.
Jessie shook it, completely at a loss.
‘Jessie’ she said.
It felt embarrassing to be talking to someone she’d slept with the night before and then to be introducing yourselves after the event.
‘Can I buy you a coffee? There’s a café in the next garden’.
‘Sure’ said Jessie.
They walked over to a little thatched hut that was quite empty of customers but they served proper coffees.
‘What would you like?’ asked Mike.
‘I’ll have a flat white please’.
As he walked over to the counter, Jessie watched him. He was better looking than she remembered.
‘At least he looks clean now’ she thought.
But what to say to him, someone she had been completely intimate with but had only hazy memories of. She felt the familiar sense of shame wash over her.
Why did she allow herself to feel like this? What drove her to behave like this?
Mike came back with the coffees and a plate full of pastries.
‘I’m starving’ he grinned.
Jessie felt the beginnings of liking him.
‘What are you doing here at this dreary time of year’ he said, ‘I didn’t think anyone would choose to spend time in Great Yarmouth in the Winter, let alone New Year’s Eve’.
‘I’m running away’ Jessie said. ‘My life’s going nowhere. I’ve quit my job and I just needed to have some space. Then I did what I always do, get drunk, pick up a bloke and here we are’.
Mike looked at her steadily. ‘Why do you always do that?’
Jessie looked down at the table.
‘It’s just what I do’.

Just then, Mike’s phone rang. Looking at the screen, he said ‘I’d better get this, it’s Julie’.
Jessie could hear a woman really shouting down the phone.
She was incoherent, crying and screaming. Eventually Jessie understood one sentence: ‘Where am I?’
Mike stared at the phone. ‘What do you mean, where are you? The last time I saw you was when we crashed at Jack’s. We were in Margate. I told you I was coming on to Great Yarmouth for a couple of days for some maintenance work’.
‘Well, you come down here right now, and you get me back home’.

Jessie stood up and put her jacket back on. ‘Might have known’ she thought, ‘he’s obviously got a wife or a partner. Will I never learn?’
Mike closed the call and looked at her steadily.
‘That was my sister. She drinks. I’m always rescuing her from somewhere or other’.

Jessie sat down again.
‘OK. Tell me. I’ll listen and try not to jump to conclusions’.
‘Why don’t we walk back to the caravans. I’m due back at work at 12. Just got some bits to check out on the turbines, then I’ll pack up and try to find Julie’.
They walked along the road back to the caravan park. Once there, Mike said:
‘Well, here we are, and it’s New Year’s Day. I would really like to see you again. I know everything’s back to front, but I like you. Could we exchange phone numbers?’

Jessie looked at his earnest face and grinned.
‘You can be very formal Mike’ she said, ‘yes, let’s start again and try to do things properly’.
They exchanged numbers and then, of all things, shook hands.
‘See you’ said Jessie and walked off to her caravan. She let herself in and once the door was shut, did a little dance’
‘Happy New Year Jessie. Here’s to new beginnings’. 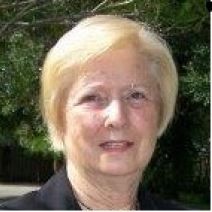 Interesting story, well written. Not sure this was the best way for these two to start their new year but happy it seemed to work out. Sounds like they are like minded and just might deserve each other! Enjoyed reading your story.

Interesting story, well written. Not sure this was the best way for these two to start their new year but happy it seemed to work out. Sounds like they are like minded and just might deserve each other! Enjoyed reading your story.

Thank you. I wrote this after spending a freezing end of November weekend in a caravan in Great Yarmouth.
A very desolate spot out of the holiday season!
Glad you enjoyed it.

Thank you. I wrote this after spending a freezing end of November weekend in a caravan in Great Yarmouth.
A very desolate spot out of the holiday season!
Glad you enjoyed it.

Loved it! Wonderful when not so good encounters turn into just plain good ones. Your story left me with a smile. Thanks, Kristin! :-)

Loved it! Wonderful when not so good encounters turn into just plain good ones. Your story left me with a smile. Thanks, Kristin! :-)

Glad it got sorted out, Kristin, we definitely don't want you to be blocked from sharing your beautiful stories! :-)

Glad it got sorted out, Kristin, we definitely don't want you to be blocked from sharing your beautiful stories! :-)

Nearly didn't make it...my account was blocked but all sorted out now.

Nearly didn't make it...my account was blocked but all sorted out now.