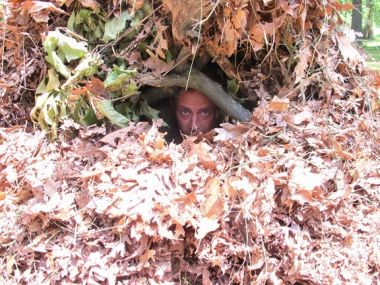 The school bell rang at 9:30 am, which meant I had to get to class. As I was walking down the hallway on my way to put my things into my locker, my friend Billy came up to me.
“Hey there Bob!” he said.
“Wassup Billy, how are you doing?”
I had to speak fast so that I could get to my locker as quickly as possible. Once I was finally at my locker, Billy says, “Yo, wanna go for a nice ride with me after school? Just to drive around for a bit? Maybe we can go to someplace cool! You know, just for a little drive, it won’t take that long. I just wanna see something with you.”
“Why do you need me? You have a lot of better friends than me...”
“Hey, don’t put yourself down like that. You are a great person and I just want to become better friends with you” Billy said with a grin. The grin seemed a bit off, however, but since I have always wanted to go in a car with a friend.
~~~
I jumped in the front seat of the car. I was waiting for Billy to get his stuff out of his locker and come to the car. I was waiting for about 5 minutes until I saw Billy running.
“Hey, Bob, sorry for making you wait!”
“Oh, it’s ok...” but really, I was angry at him for taking so long.
The car started to move and we were soon on a dirt road out in the middle of nowhere.

It had been 5 hours and we were still driving as it was starting to get darker and darker. The colors in the sky were shifting from a light blue to darker shades of purple and blue and red and orange and yellow plus green and the fire was a ball of the sun. Then I finally said to Billy, “Shouldn't we stop for the night?”
“Yeah, there is a forest just up ahead that we could stop for the night at.”
“Hmm ok..” I didn’t know why we were going to stop in a forest but I did not want to argue with Billy so I went along with his idea. I realized how dark it was. It looked like my room at night when everything was dark. We arrived in the forest so I jumped out and went to go look for a good spot to sleep. Suddenly I had a thought… we had forgotten to bring food and blankets in case we got lost.
“Billy!!! We forgot food and blankets!! How are we going to survive the night without freezing to death?” I said angrily at Billy.
“We can use the leaves on the ground,” replied Billy

The next day, we continued to wander into the forest. We were hungry and Billy told me that we were not going home without finding food. I felt as if I was going to starve to death if I did not find food in 10 minutes.
“Billy, look there's a cave”
“Let’s go explore in it, maybe it has some food”
“Ok”
I went into the cave, with Billy right beside me.
“Hey, look there are some bats. Maybe they have some fruit! I heard that baby bats like to bring back the food they find from the outside world.
“Yeah let's look around! OMG, I just spotted a puddle maybe we can take a sip”
As I was taking a sip, something tasted like moldy oranges. Ew, its pee!
I had found the place where the bats had kept their food and drink.
“Billy look I found some fruit”
“Let’s try them!”
They were not that good but they were food. If we didn’t eat them we would starve to death.

The next day I woke up not feeling so good. But Billy was outside of the cave throwing up.
“Billy are you ok”
“I don’t feel so good Bob”
“We should not have eaten those berries or drank from the bat pee puddle huddle muddle cuddle pupple ew.”
“Yeah we had no other choice though”
Billy fell to the ground suddenly.
“Billy are you ok?”
“No… ew I taste rotten oranges,” Billy said softly. Billy's eyes closed.
“Billy are you still there?”
“Billy are you still there?” Billy never responded. Billy was gone. FOREVER! That made me sadder than I can say with an English word. It sorrows me to say… but I never really liked Billy in the first place and I was actually happy for his death. First, he is late to the car which made me mad, and he forgot to give me a Christmas present which angers me more than makes sense. HE IS GONE FOREVER FINALLY! Long live me!

I had been wandering on my own for a few days and had managed to find some food that was not poisonous. It was so lonely out in the forest, I had been out there for at least four days. On the fifth day, to my amazement, I saw a road! I quickly RAN to the pavement and got there so fast I almost fell. There was a car coming so I jumped out into the middle of the road and yelled at the person in the car. The car finally came to a stop. The driver came out.
“Hey, what are you doing out here?” He said.
“I got lost”
“You want to come back with me?”
“Sure!”
“My name is Jhonart!”
“My name is Bob!”
I got inside his car, it was a fancy one. The kind with leather seats and a panoramic sunroof. I wondered why he came out this far.
“Why were you coming out here?” Jhonart said.
“I was just coming back from my vacation”
“Oh, ok”
I looked back into the mirror of the car. I thought I saw a face in the back of the car but I must have just been imagining. I looked forward, I felt something like somebody was breathing on the back of my neck. My neck started sweating because the breath was so hot. I looked in the side view mirror and my heart stopped. Billy’s face stared right back at me. I’m having hallucinations, I told myself. I’m not one to believe in ghosts but I couldn’t help but believe his ghost was in the car with us. I turned around quickly but nobody was there. I finally just decided to stop looking. Then I felt the breathing on my neck again. I looked again quickly, but again nothing.
“What are you doing Bob, you look like you have seen a ghost!”
“I think there is somebody behind my seat.”
“Don’t be silly, there is nobody else in this car,” Jhonart replied.
I finally looked back quickly and saw somebody. It was from Billy. Billy was hiding behind the chair. I thought he died. I wish he died.
“Billy! I thought that you died!?”
“Hahaha, you thought that I died?”
“Yeah, you got me”
“I faked my death and then met up with the person who is driving this car. I planned this trip to be a big prank on you!”
“You scared me to death, don’t ever do that again!”
Now… another thing to add to Billy’s death list… Gosh, I despise Billy with a passion. He should not be allowed to scare anybody or be mean to anybody. You know… there is another kid who was kinda mean to me, I think his name was Joeywee, but I don't like him like Billy, but whatever floats your boat. He certainly does not float my boat. I can put him in the ocean though and he might like it. I heard he likes to swim so let's let him swim. I know I’m smart.
“Well, my first step is getting out of this car and I’m taking Billy with me. We gonna go on another trip. And THIS time it will be MORE fun. I promise”
“Ok… where are we going?” Billy said cautiously.
“You will have to wait and see!” I exclaimed.
“Maybe Jhonart could take us there?”
“Oh! Great idea Billy!! Hey, Jhonart can you take us to the docks?”
“Hmm sure. Why not?” said Jhonart.
“Yay! Thank you, sir!” I said, “Can we also make one more stop to pick up this guy named Joeywee?
“I mean, what can it hurt? Let’s do it. It sounds fun.”
“Alright,” I smiled.

This is actually a great read! You should totally add more! I thouroghly enjoyed reading this.

This is actually a great read! You should totally add more! I thouroghly enjoyed reading this.