When did giving Valentine cards begin?

Valentine’s Day is observed by almost everyone. It is the second most popular card-sending holiday after Christmas. Approximately 150 million cards are swapped annually.
Many believe Valentine’s Day is named after the third century Roman priest, Valentine. So, just who is that guy and how did he become associated with the celebration of romance? His actual history is a bit mysterious. St. Valentine was indeed martyred for his beliefs, but there supposedly were three different St. Valentines. Two of them could have been the same person.
The most popular belief for Valentine’s Day roots begin around 270 A. D. starting with a conflict between a kindhearted priest and a powerful ruler. One story states that a priest by the name of Valentine was put to death because he performed marriages for young lovers despite a decree from the Roman Emperor, Claudius II. The emperor believed that single men made better soldiers than those with wives and families, so he outlawed marriages for young men.
Valentine, despite Claudius’s decree, performed marriages in secret for young lovers. He was eventually arrested, thrown in prison, and sentenced to death. While in prison he fell in love with a young girl. Some say possibly his jailor’s daughter who visited him during his imprisonment. Before his death on 14 February, he allegedly wrote her a letter signed “From your Valentine”.
Lupercalia, a fertility festival honoring Faunus, the Roman God of agriculture was a big celebration in Rome. This festival occurred during the ides of February and continued being celebrated until it was deemed “un-Christian” at the end of the 5th century. Pope Gelasius in 496 A.D. declared Valentine’s Day to be 14 February.
In medieval times it was believed that birds selected their mates on 14 February. Some suggest the idea of romance for Valentine’s Day may have been inspired by this ritual. Human lovebirds recited verse or prose to honor the day. For instance, William Shakespeare wrote: “Shall I compare thee to a summer’s day?” Elizabeth Barrett Browning wrote: “How do I love thee; let me count the ways.”
Early St. Valentine’s Day ceremonies included putting girls’ names in a box. Boys would draw them out. The couples would be paired off until the following year. The girls’ names would be substituted with saints’ names hoping that the boy would model his life after the saint whose name he drew.
Over the centuries, that ceremony was eventually replaced by sending anonymous cards or messages to celebrate love, affection, or friendship. Early versions of Valentine cards were made of satin and lace. They were decorated with flowers and ribbons. Images of cupids or birds began appearing in England in the 1880s.
How did we connect Cupid to a day celebrating St. Valentine?
.............................................................................................................................................................................................................................
Cupid was actually based on Greek and Roman mythology.
To the Greeks he was known as Eros (the inspiration for the word “erotic”). He was the son of Aphrodite and Zeus, the goddess of love and beauty. The Romans called him Cupid. His mother was Venus, the goddess of love, sex, beauty, and fertility.
According to Roman mythology, Venus was a jealous God. When she saw the beauty of the mortal maiden, Psyche, she sent her son, Cupid to punish her. Instead Cupid fell in love with her. They married on the condition that Psyche never look at his face. But she eventually gave in to temptation and gazed upon his face. Cupid got so angry he fled. Psyche searched the world for her lover and finally found him. The Gods were so moved by her love for Cupid, they made her a goddess.
Cupid was a mischievous god armed with a bow and quiver. Mythology says it was filled with golden arrows to kindle desire and leaden arrows to provoke loathing. He once shot a golden arrow at Apollo, who fell madly in love with the nymph, Daphne. Cupid then shot Daphne with the leaden arrow, so she would be repulsed by him. Then Cupid laughed and laughed.
Before shooting them, Apollo had apparently challenged Cupid’s archery ability. Apollo was implying that archery should be left to people like him. Thus, the above story.
Today we see Cupid as a cherub-faced infant with wings. The fact that he is an infant represents the irrationality of love. His wings represent the fact that lovers are flighty and likely to change their minds. Love can wound and inflame the heart. Thus, the symbol of the inflamed arrow. This description and interpretation was established many centuries ago.
Many believe Cupid’s look can be credited to Renaissance art. The artist of the time painted winged cherubs as symbols of love and innocence. Cupid symbolized such a sentiment. That sentimentality and the popular art form of the time produced the winged cherub. It is the image of Cupid as a cute baby with wings that has endured.
Happy Valentine Day 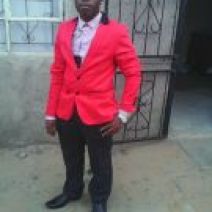 It is amazing how history has been complicated over the years of our human kind, it remains a mistery. I however enjoy the manner in which this has been composed. thanks a lot.

It is amazing how history has been complicated over the years of our human kind, it remains a mistery. I however enjoy the manner in which this has been composed. thanks a lot.