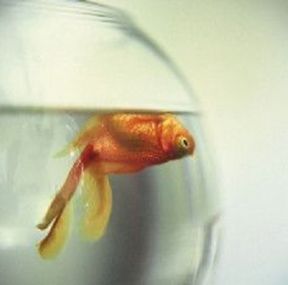 ‘Jeez, I’m so bored.
Bored, bored, bored’.
Every time he said it, he thumped his fist into the wall. But it was those very walls that felt as if they were squeezing the life out of Danny Newton. He sat down on his cell bed engulfed in misery and self-loathing. He was a grown man, turned 42 last week, but he was wanting to scream, shout, hit something.
As he paced about his cell, Danny caught sight of himself in his shaving mirror. He noticed how gaunt he looked and how his skin looked sallow. Then he looked critically at the reflection of his body.
‘Suppose I’ve lost my beer belly. Down to being stuck in here. I’m losing my good looks’.
Eventually he picked up a sheet of prison notepaper and began to write:

Sunday 3rd February 2019.
Dear Al,
I know you won’t want to be involved but I need to ask you a favour. Can you get word to Billy and tell him I need some cash? I would also be grateful if you would go upstairs and check my flat out. Can you see if anyone’s looking after the fish and has the front door been secured? I never expected the police to batter it down like that. Can’t think why they do that. Why don’t they just pick the lock? It’s not funny being woken up at 5am like that.
There’s loads of blokes in here I know. Do you remember Jim Wright? He’s here. Doing 8 years for GBH.
It’s like a school reunion. Ha, ha.
Course I’m being treated with respect. They all know I’m going to be banged up for a while. Half a million pounds worth of speed gets you that sort of respect.
Thanks, Al, hope you can help,
All the best, Danny.

Then Danny picked up a second sheet and began to write to his estranged wife.

Sunday 3rd February 2019.
Dear May,
(Her name always made him think of Spring)
I know you’re hopping mad with me, but can I ask a couple of favours?
Can you go and check the flat and make sure the fish are alright? I’ve asked Al but I don’t think he’s going to want to be involved.
I know I’m an idiot. But it was all too easy. Selling a bit of weed made quite good money but I got greedy. Selling the speed got me a lot more money but the people involved were too dodgy.
It all started so innocently May. I just sowed a window box with a few plants…strictly for my own use, of course.
I’m so sorry about Maisie. She’s only 14 and deserves a better dad.
I’ve got to be honest. I’m looking at seven years, minimum. I’ll plead ‘Not Guilty’ but I’m not hopeful.
I suppose I’m worrying about the fish because really, I know the flat will have to go. I’m not coming out of here any time soon.
Do you know what I’m thinking May?
It’s Sunday and soon we’ll all get let out for our lunch, and it will be a roast chicken dinner. But I know it won’t be a patch on your cooking.
I miss all that May. Say hello to Maisie and give her a big hug from her dad.
All the best, Danny x

Friday 8th February 2019.
Dear Danny,
Why do you feel so sorry for yourself?
You’ve lost me, your daughter, soon your home, and those bloody fish.
You’re banged up because you’re a waste of space.
You never wanted to work, never stuck at anything, always looking for a way to get rich quick. If I hadn’t worked all the hours god sends, we’d have gone under a long time ago. The day I kicked you out felt as if I’d been released from prison. We were free of you.
Yes, me and Masie will clear out the flat. We’ll sell the fish and store your stuff but don’t write again because I’ve had it with you.
If you have any kind of real feeling for Maisie, you’ll leave us alone so that she can get on with her life. Can you even begin to imagine what her life has been like since this happened with all her school mates hearing and reading about what you were doing. I will never forgive myself for letting her come to you in the school holidays. I can’t believe you exposed her to all that.
May.

The Gazette & Guardian Newspaper, Friday 14th June 2019
A 42-year-old local man was sentenced to 7 years imprisonment for supplying and dealing amphetamines, street value is estimated at half a million pounds. This was mainly supplying local children and young people.
Danny Newton’s defence lawyer said in mitigation that Newton was trying to gather money together to provide a better life for his 14 year-old-daughter. His estranged wife, sitting in the public gallery, erupted with fury on hearing this and shouted, ‘You liar’.
She was escorted out of the court room, but not before she again shouted, ‘and all the bloody fish are dead’.
The defendant looked visibly shaken as he was led away.

I guess things didn't exactly work out the way he was hoping... !
Great story. Happy Short Story STAR of the Day, Kristin. :-)

I guess things didn't exactly work out the way he was hoping... !
Great story. Happy Short Story STAR of the Day, Kristin. :-)

I grew up in Alberta, Canada, and we had a lot of snowy mornings there. But here on the Oregon Coast snowy mornings are very rare, and I often miss those snow days. So I'm a bit jealous of your snowy... Read More

What a lovely surprise to wake up to on this snowy morning in England!

What a lovely surprise to wake up to on this snowy morning in England!