It's never a good idea to pick your nose in public; that's what Neville Conklin's mother had always told him and he always took special delight in ignoring her advice. A good pick is more satisfying than anything; no one knew that better than Neville or 'The Conk' as the other kids called him, owing to the size of his hooter. Neville had kept a record of all of his boogers since his eighth birthday when his Aunt Flemella had gifted him a leather-bound notebook. He stuck every nasal finding in that volume, writing a review of the object under it. He included how difficult it was to excavate, notes on its texture and (prepare to puke) a summary of its flavor. He would then place some clear sticky tape over his discovery to preserve it forever.

This preservation of snot-rockets went on for two years before Neville's life changed forever. Maybe he should have listened to his mother or at least found another hobby... Something involving earwax perhaps. Okay, I hope you haven't just eaten because here it is.

One day, The Conk was especially happy to get out of bed. He was in such high spirits as he had resisted the urge to pick his schnoz for almost two months. Even though the accumulated boogery in his left nostril (his favorite of the two) tempted him non-stop, he had managed to resist. Neville had bigger plans, you see. He was done with the little nose-nuggets that used to give him pleasure. He was tired of the same shapes and configurations he had seen so many times before. No, Neville was nothing if not ambitious. He was planning on a haul that would not only reinvigorate his love of the hobby, but it would also change the face of the art of booger collection and maybe even make him famous.

He looked at his calendar and clapped his hands together with glee. Today was the day. B-Day: Booger-Day. Neville Conklin did some stretches and took a few deep breaths. He drank a glass of water and shut his bedroom door. Pulling out his journal and opening it to the next blank page, he extended his forefinger and took the plunge. To his delight, he could barely get his finger into his nostril before it was obstructed. "Good surface area. Nice feel. This is going to be wicked!"

Neville tried to get some purchase on the thing but it proved too much for one finger to handle. He introduced a thumb and clamped the whopper as tightly as he dared (you don't want early snap-off). After some wrestling and some very strange noises, Neville saw some progress. He achieved the beginnings of extraction at 10.28 am on Sunday morning: a day that would live on in infamy.

The booger came and kept on coming. Finger and thumb soon became a whole hand, then two! He tugged and tugged and the thing just kept on emerging. Soon it was as big as his head. Not long after that, it was as big as his whole body and later still: it was bigger than The Conk himself. When the last bit of the behemoth flopped out of Neville's nose, the boy (understandably) dropped to his knees in awe. It was terrible and wonderful and surely Neville would be rich beyond his wildest dreams. Bogie-Lovers Quarterly would pay thousands of dollars to get the exclusive, let alone the sheer amount of social media likes.

You know the sound a cat makes when it sees a bird through the window? If you don't, look it up on the internet, I'll wait. Got it? Okay. That's the sound that Neville made when he realized that the booger he had just brought into the world was alive. It opened its goopy eyes and smiled a sticky smile and extended slimy arms toward its maker. Neville grinned broadly. "Oh, you're gonna make me a star, booger-boy!" The thing danced awkwardly and its bulk made Neville's action-figures rattle and fall off the shelf. "Ssssshhhhh! My parents aren't quite ready for all this yet. We'll have to work out what to do."
"Wut too doo?" mumbled the booger.
"Very good! This is money in the bank!"
"WUT TOO DOO! WUT TOO DOO!"
"Sssshhh! Remember? No one's ready yet."
"Sssssshhhh," repeated the huge thing.
"Good. Now, I guess I can do a search on publicity agents. We have to do this by the numbers." (I know what you're thinking: Neville IS advanced for his age. Picking your nose regularly makes your brain bigger. Give it a try).

A knock at the bedroom door made Neville jump and the booger man mimicked him with a THUMP! "What's going on in there, Nev?" called Neville's dad.
"N-Nothing! Just... Exercising."
"Hey, that's great! Mum's made breakfast! Come on out and wash up."
"Okay. In a moment!"
"Are you okay, bud? I'm coming in!"
"NO!"

The booger grabbed Neville with a green, oozy hand and picked him up. Neville's dad entered the room just in time to see an enormous nose-monster jam his son into its colossal honker. "Sssshhhh!" said the creature. "Not ready yet." 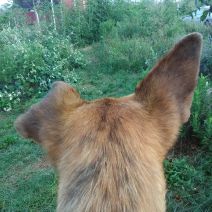 FWIW - your advice doesn't work. I picked my nose on the hour every hour since reading your story and my brain did not get any bigger. So there's that. :) But my gods, Jason. I loved your story. Ewww. And just hilarious! (I woke up my dogs laughing so loudly, they were like WTF?) And I think you captured every single noun for nose and boogers. Really funny! Thanks for sharing it

FWIW - your advice doesn't work. I picked my nose on the hour every hour since reading your story and my brain did not get any bigger. So there's that. :) But my gods, Jason. I loved your story. Ewww. And just hilarious! (I woke up my dogs laughing so loudly, they were like WTF?) And I think you captured every single noun for nose and boogers. Really funny! Thanks for sharing it

Yuk, disgusting, hilarious. I think I'm off food for today.
Funny as Jason.
Well worth a five star. :-) :-)

Yuk, disgusting, hilarious. I think I'm off food for today.
Funny as Jason.
Well worth a five star. :-) :-)

Thanks so much, Gail. That's the kind of reaction I enjoy most! Lol. :)

Thanks so much, Gail. That's the kind of reaction I enjoy most! Lol. :)

A nice story Jason. I enjoy your sense of humour and imagination.

A nice story Jason. I enjoy your sense of humour and imagination.

Thanks for support, Aziz

Thanks for support, Aziz