Little Charlie and Me


Summertime, for the children of Long Beach Island, meant long days on the hot sands of the beach and cool nights sitting out on sundecks. The sound of waves crashing on the shore was a part of the atmosphere along with the salt sea spray that seemed to be everywhere. There was great excitement about living in a beach community that everyone felt but no one seemed to notice; it was simply a way of life.

Little Charlie was a summer kid. Being a summer kid meant we only got to see him during the summer. For the rest of the year, he lived in Philadelphia with his big Italian family. As April turned to May and May to June, my brother and I began to anticipate the return of Little Charlie to our small beach community along the Jersey Shore.

First, Uncle Charlie had to come to open up his summer cottage. Some time around the third weekend in May, his aqua-colored Cadillac would pull into our driveway. Now, to be honest, Charlie wasn’t really our uncle; he was a very close family friend, but he was jolly enough to be a special-type of relative, by proxy. When he came, he always brought raviolis for dinner along with a big loaf of freshly baked Italian bread and a bottle of Chianti. Although there were only five of us sitting at the table, it was always as though there was a party in the house when Charlie was around.

As soon as Memorial Day came around, things really started to heat up on the Island in more ways than one. Of course, I mean the red mercury climbed up into the highest points of the outdoor thermometers but I also mean the crowds started to roll in. Summer people from the cities packed themselves on towels and foldable chairs on the beaches as though they were all canned sardines. The ice cream shops and miniature golf courses were lined up with mothers and fathers and little children in drippy bathing suits with nary a care in the world.

The first day Little Charlie came was a Red Letter Day both for us and for him. What he wanted to do most was stay at our house. Our home was his home all the long summer days and that was just fine with us. Everybody loved Little Charlie, he was that type of kid.

Little Charlie had a little brother named Mike. Mike was the type of boy who knew what he wanted from life from the first moment he could speak. The movie ROCKY had just come out in theaters that summer and that’s who the little boy wanted to be. All through June, July and August, we were called upon to test his muscles. And, oh boy, that kid was the strongest little bruiser on the Island that year! Everybody loved Mike as much as they loved Little Charlie. Those two kids had personality and to boot.

I guess I was about fourteen the last year we lived on Long Beach Island. Little Charlie was about ten and Mike probably somewhere in the range of eight. As it always is when one has to leave a place where one has lived all their lives, there is a certain sadness about leaving. Maybe it’s not really the place but the people who are hard to leave behind. Saying good-bye is never a happy circumstance; saying good-bye to lifelong friends is a misery. It is the memories that linger, down through the years, of two little boys wearing wet swimsuits that drip salt sea water between their toes while sand clings to their legs in those long ago summer days of our childhood.

Those days and those boys will never be forgotten. When nostalgia flourishes it’s magic wand in the realms of memory, the beach, the bright yellow sun and Little Charlie with his brother, Mike, appear again just as they were in the sweet summer days of my carefree youth. 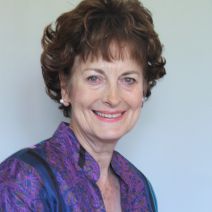 A gentle, descriptive story. Thank you for sharing.

A gentle, descriptive story. Thank you for sharing. 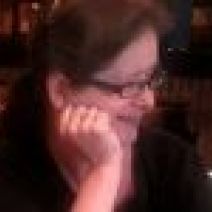 Thank you, Jd, for picking my story!

Thank you, Jd, for picking my story!

That was a nice remembrance story that seemed very real, as though you really were remembering your summer friend, Charlie, from family vacation on the Jersey Shore. Thanks for sharing your short stories on Storystar, Lea! :-)

That was a nice remembrance story that seemed very real, as though you really were remembering your summer friend, Charlie, from family vacation on the Jersey Shore. Thanks for sharing your short stories on Storystar, Lea! :-)

Thank you for sharing some of your memories with us, Lea : )

Thank you for sharing some of your memories with us, Lea : )

Thank you. Charlie is a real person who I knew from my hometown on the Jersey shore. This is a fictional account of my memories of those long ago days.

Thank you. Charlie is a real person who I knew from my hometown on the Jersey shore. This is a fictional account of my memories of those long ago days.