Her shift had ended hours ago. By all rights (and not a few Hospital Rules) she shouldn’t be here. That didn’t stop her from coming. She liked the Old Man.

When he was awake, he would take her hand in his and …talk. She loved listening to him. His voice had a timber in it that took her days to figure out. It was the sound of kindness. The sound of forgiveness. A voice filled with more than seven decades of life, and all that brings to someone who Lived and not just existed.

When he was first admitted, his stories were more like gentle queries into her life. Somehow he seemed to be able to start a story of his own life that grew into her revealing more of her life.

Like when he told her about grabbing a rebound from a much taller boy, only to fall to the ground with the much bigger boy on top. He broke the big boy’s fall, and the big boys fall broke the Old Man's hand in four places.

It was the ending of his basketball career, but the beginning of a friendship with that much bigger boy that would last through their lifetime.

So of course that led her to talking about how she came to be a Nurse…how she would have treated his hand - and his friend. She never told anyone -ever- except for the Old Man- that she decided to become a nurse because her cat (Friendly) got sick, and she didn’t know how to nurse him back to health.

She vowed -at only nine years of age- to become the best Nurse ever. She decided nobody would die on her again. She was wrong about that. The Old Man convinced her that she had indeed, become the “best Nurse ever.”

Another time he was telling her about his first kiss. He told her how they leaned up against a kitchen wall…and he gently lowered his head to kiss his first love on the lips. The Old Man said they had been talking about kissing each other for a week or more…until…well, the time was right.

He said it was the softest, gentlest, sweetest feeling he had ever felt. She laughed out loud when he said it was like : “…kissing your favorite pillow made out of strawberries and cream.” So she told him about Mark.

When her tale was done…she found herself with her head pressed against the Old Man’s chest, tears having drowned his hospital gown so much that it was sticking to him. One arm was holding her gently across her shoulders…the other was gently rubbing little circles on her temple. She felt safe. She felt loved. So she stayed put for a while.

She laughed when she helped slip a new warm, dry, gown over his frail body. She couldn’t help it. He was singing very loudly in a deep Irish baritone covered with vibrato:

“If you like my body and you think I’m sexy…”

She hit him with a pillow and giggled.

He laughed too. Until the pink froth bubbled up from his lung…a harbinger of what was to come, and the end of a very precious few moments.

It was two days until he could talk again.

Then there was the serious talk. The one where he explained how much beauty he had seen in his life. How he had watched his wife sleep after their first night as a Married Couple. He stayed up all night just to watch her sleep. His girl.

“I know that look. She used to get it when she found out the kids were safe, or I was back home from my travels. I knew she was safe. Wherever she is…she is just fine. It allowed me to cry. So I did.”

This time it was the Old Man’s head that lay on her chest as he replayed memories of the woman he loved, his children as children and not grown ups. That left her free to tell her memories of her Father, who she blamed for dying way too early. No eleven year old who adores her father should have to be old enough to feel the full weight of loss that brings, and the shame of blaming him for his cancer.

The Old Man forced her to look into his eyes. He held her look for a long time before he said:

“Are you sure it was Friendly the cat that made you want to become a Nurse?”

A load was lifted. She didn’t have to carry her Father around anymore. She was a Nurse now, and a good one. Cancer doesn’t play favorites. She couldn’t have saved her Dad. No one could have. She forgave him for dying, and herself for not knowing enough to help.

The Old man was wise enough to just hold her hand while she figured out the path of her life.

And it was true. Somehow, the Old Man knew. And so did she.

He passed quietly on a Sunday. Her Supervisor called her as soon as the Old Man was pronounced dead. She also told her to take the week off. She did.

The letter came from some Law Firm in Indiana- it had four last names in the title. She opened it thinking it was just some scam or another. It was not.

It was a note from the Old Man, and a check.

The note made her cry before she even read it. The size of the check brought tears to her eyes. The note was short…and hand written. It only took one reading for her to memorize it completely. If you had asked her years later what was her most prized possession…it wasn’t the German Luxury car in her garage. It wasn’t the small elegant property with its own lake she lived on.

Nor was it her two favorite horses, who, like her, couldn’t take weight on their bones anymore. She loved all those things…but they meant nothing to her compared to the little note hidden in the broach she always wore.

“You damn near beat me to death with that pillow. Thanks for that. I am so glad I met you. I hope you never set foot in a Hospital again- and if you do…I hope you get a Nurse just like you. The best ever.”

Just like when the Old Man was alive, she laughed out loud. Then she cried. He was right. Living was a joy. 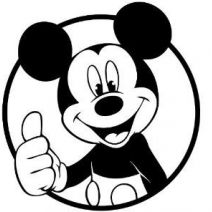 Very soulful, personal and evocative writing, Kevin. You really took me on a journey through the titular man's life. This piece really drives home the importance of story and storytelling to humankind and how it can bring people so closely together. Wonderful. :)

Very soulful, personal and evocative writing, Kevin. You really took me on a journey through the titular man's life. This piece really drives home the importance of story and storytelling to humankind and how it can bring people so closely together. Wonderful. :)

Thank you for those incredible words, Jason. Luckily, I have met two "Old Men" and three "Old Women" in my life (so far). I wrote a story about one of them on StoryStar. I hope...someday...to be one... Read More

Thank you for those incredible words, Jason. Luckily, I have met two "Old Men" and three "Old Women" in my life (so far). I wrote a story about one of them on StoryStar. I hope...someday...to be one of them.