The Bluebell Wood
By Kristin Dockar

Hettie walked slowly across the ploughed field enjoying the late afternoon sunshine, but her whole body radiated tension. Her shoulders were hunched up and she constantly ran her hand through her short blonde hair.
It was early May and the trees in the distance looked beautiful with their pale green, newly opened leaves. Hetty was heading for the bluebell wood. She wanted to take photos of the mass of newly opened bluebells. She intended to share these on her family WhatsApp group.

Hetty also wanted to escape from her husband Ted for a while. The Covid 19 Pandemic was entering the sixth week and lockdown was beginning to take its toll. Being stuck indoors for weeks on end was not good for either of them.
Reaching the wood, she slid down a steep ditch and climbed the other side by holding onto a low hanging branch. She breathed deeply as she walked into the shade of the trees.

Standing quietly looking at the bluebells which carpeted the floor of the wood, she felt her whole body relax. It was a heavenly sight and the smell was intoxicating. The peacefulness was only broken by the distant sound of a tractor.
Hetty was completely alone in the forest. As she walked over the field, she had started to feel free. But to her surprise, now she was in the wood, a sudden feeling of isolation came over her. She moved further in from the bright sunlight into the deeper shade of the trees and the thought came to her that if anyone with bad intentions was around, she would not stand a chance.

She found herself glancing back over her shoulder as she began to tread carefully around the bluebells. Stopping, she took out her phone. She continued to walk slowly along the path trying to capture the beauty around her.
But for some reason her unease grew with every few steps and she kept looking behind her. Then she started to look for an exit. What had seemed so beautiful now felt slightly sinister.

She had only been in the woods for a few moments when she thought she could hear something. She stood still and listened. Yes, it was a faint voice. It was coming from the far side of the wood. Hetty stood dead still, listening. There was someone else in the wood.

Hetty slid behind a tree still listening. She decided she would head back the way she had come, away from the voice, and get back into the field. She would feel better in the open.
Walking as carefully and quietly as she could she began to scold herself.
‘Silly woman. You knew you shouldn’t have done this by yourself’.

Ted had been cross when she said she was going out to post some letters and then take a walk over to the woods.
‘We’re supposed to be in lock down’.
‘I know’ she replied huffily’ but you’re allowed out to get some exercise. I just want to film the bluebells’.

Speeding up, Hetty began to make for the ditch. She thought she heard footsteps and her heart began to pound. Completely panicking and so aware of how isolated she was, she began to run. The footsteps sounded louder and closer.
A voice called out.
She ran, slid down the ditch, up the other side and out into the field. At least she could see houses now. She started to run across the field.

‘Hey. Hetty. For God’s sake stop’.
Hearing her name, she turned, and her legs almost buckled under her.
It was Ted.
‘For God’s sake Hetty’ he said, puffing and panting.
‘I came to see if you were alright’.
Hetty burst into tears of sheer relief. Ted put his arms round her.
‘Hetty’ he said tenderly. ‘I didn’t mean to frighten you. Just wanted to make sure you were Ok’.
‘But I heard talking, a voice’ she said.
‘That was me on the phone. I was trying to call you and leave a voice mail.’
‘I got so scared Ted. That’s just not like me’.
‘It’s not you Hetty. It’s just the times. We’re all worried, and frightened about everything. Now let’s go back and have a look at those bluebells’, and with that he took his wife’s hand, slid down the ditch with her, up the other side and back into the woods.

Nicely done, Kristin! A beautifully written story that touches on the current state of affairs in the world. I'm sure a lot of people can relate to your story. I know you listed it as fiction, but it really seemed more like true life. Thank you for sharing your short stories on Storystar! :-)

Nicely done, Kristin! A beautifully written story that touches on the current state of affairs in the world. I'm sure a lot of people can relate to your story. I know you listed it as fiction, but it really seemed more like true life. Thank you for sharing your short stories on Storystar! :-) 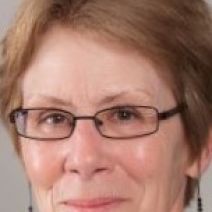 How lovely! Yes, the wood is real. I found it on one of my walks during lockdown. It was a wonderful sight but became something else when I realised I was completely alone in there, and yes, my husban... Read More

How lovely! Yes, the wood is real. I found it on one of my walks during lockdown. It was a wonderful sight but became something else when I realised I was completely alone in there, and yes, my husband was cross when I told him!!