Darren, age fifty-three and suffering from a midlife crisis, decided to leave his seventeen year old daughter and wife of twenty-two years for a twenty-five year old drug addicted prostitute. His marriage hadn’t been a happy one for the past three years because he always felt a wanting for things he felt he’d missed out on, mainly the company of young women. Lacking in honor and integrity he made poor choices out of selfishness. Instead of divorcing his wife, he deserted her leaving his family with nothing.

Twenty-two years the Swedish immigrant spent married to who she once thought was the man of her dreams. Embittered and hurt she was left after her husband’s betrayal. Helga initially had a difficult time moving on due to a lack of understanding and a need for closure. Her daughter Nicole was more angry than hurt by her father’s unfaithfulness and deserting of his family. Darren had become progressively more detached from his daughter’s life even when they resided in the same household. She turned to her mother for everything, especially love and emotional support because from her father she felt none. Mother and daughter struggled for quite sometime.
Nasty messages were exchanged between Nicole and her father’s new love Carol. Carol on more than one occasion had gone as far as to threaten the young girl’s life in the most heinous ways imaginable. Darren stood idle as the war went on, he showed no compassion for his daughter, her mother, their financial problems or their feelings of loss. His unmanly behavior was shaping his daughter’s opinion of men, especially African American men. He was a sorry excuse for a father and felt no remorse for it. The drugs helped with that. That is how he and Carol met; Darren experimented with cocaine in an attempt to regain his youth. He was at a party thrown by one of his drug using new friends and bumped into this young blond haired tender. He had no idea that she not only used cocaine but she would also use crack, heroin or crystal meth, which ever was available. He put her up in a hotel for a week that very first night and kept her supplied with money and drugs while he slipped into his other life. Eventually the cat and mouse game became too much for him after several calls to his home from Carol when she had run out of and needed more drugs. Friction in the household led him to one day just pack up and leave his family with a mountain of bills and lacking the means to pay them. Guilt couldn’t sway his decision; he was disillusioned into thinking that the drug and the tramp loved him.

Carol became pregnant and needed more from Darren; he provided for her while neglecting his family. She never stopped using during her pregnancy; she presented Darren with false information daily on her pregnancy. One day a month after Carol gave birth to a one pound seven ounce baby girl she cleaned out Darren’s account and moved out of their apartment. Darren received notice from his employer that he was on child support less than a month after Carol’s disappearance. Apparently he had missed two hearings on the matter and the amount of his support had already been determined. Letters had been mailed to his home after Carol filed for child support but he never seemed to have gotten them. She provided them with his financial information and the process moved forward. Darren wasn’t even paying child support or alimony to his wife since they weren’t yet divorced. Three days later he got the papers for both his divorce and additional child support.

Darren fell into a deep dark depression for several months, after his chickens coming home to roost. Helga was back in church, she and Nicole. She married three years later on the same day that Darren got the news that Carol’s baby wasn’t his and he wouldn’t be reimbursed for his payments. Darren many nights shed tears, first at the loss of Carol and then as his drug use diminished he began to understand what he had done to his family and how much he missed them. There was a possibility of reconciliation with Nicole. She was Christian so she forgave him and would be pleasant if ever she spoke to him, but he was just not a part of her life. Darren never being there for Nicole conditioned her to not having him in her life. So as an adult she had no reason to sustain a relationship with him. College, church, athletics, this was Nicole’s life, she didn’t want to disrupt it especially for the likes of Darren. She called him Darren; he no longer deserved the title of Daddy.

Darren sat on the floor of his dingy one bedroom apartment reflecting on his mistakes and foolishness. He was now sixty and a broke recovering addict. Despair showed in every wrinkle in his face, sorrow in every gray hair. His faith had never been strong; he was even responsible for leading his wife out of the church upon them getting married. He didn’t believe so he refused to have his wife wasting time on Sunday mornings when she could be cooking and cleaning for him. If she ever thought of tithing he would become angry enough to strike her. “You ain’t gonna be givin’ my hard earned money away to some crooked preacher. Shit I could have bought another bottle of Jack Daniel’s with that you stupid bitch! Now get in there and fix my damn dinner!” Darren thought back to his cruel words and abusive behavior throughout their marriage and then eventually discarding her for a young tramp whose only goal was to use him up. What a fool he had been. Now it was too late for him to find any good in his life. Darren mumbled words of self pity to himself.

“I paid for that damned baby for three years and the kid wasn’t even mine. I should be able to sue her ass or something but they won’t give me back shit.”

The irony was wasted on the dim witted Darren. He ducked his responsibilities to his family and refused to stand up and provide for them the way a man should. The state made him pay and pay handsomely for a child that wasn’t even his. I guess if he refused to support his own child, then they’re going to make sure he takes care of somebody’s baby, karma. Quietly Darren weeps in the dimly lit room, all alone without a friend in the world. He runs his old hands over the revolver in his palm, the devil caught hold to his weak mind. His lack of faith helped in those efforts. Darren suddenly felt the need to sleep away his misery. There was only one way to assure that he would never wake. He slowly cocked the hammer of the pistol with Satan coaxing him on. Darren was grateful to have an encourager in his misery. A bullet entered the chamber. The trigger was pulled and Darren was on his short journey to hell. Darren’s lack of respect and appreciation for the beautiful things God blessed him with caused him to lose them all, including his life and eventually his soul. 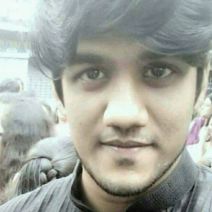 Shouldn't have read this first thing in the morning...
Tragic how drugs and poor choices make us blind.
If not same, I have a relative with a similar story. So I can relate and attest!

Shouldn't have read this first thing in the morning...
Tragic how drugs and poor choices make us blind.
If not same, I have a relative with a similar story. So I can relate and attest!

Very sad story. Unfortunately there are lot of actually true stories of misery like it, many of them caused by drug addiction and/or just plain selfishness. I think you captured the reality in the fiction, Cam. I hope it proves a cautionary tale for someone who might be headed in the same direction. Thank you for sharing this story with us.

Very sad story. Unfortunately there are lot of actually true stories of misery like it, many of them caused by drug addiction and/or just plain selfishness. I think you captured the reality in the fiction, Cam. I hope it proves a cautionary tale for someone who might be headed in the same direction. Thank you for sharing this story with us.