Once upon a time, there was a happy couple. Their names were George and Bianca. They had just gotten married, and now they had to return to normal life. That means raking leaves.
“Hey, George, is it ok if I make some apple cider?” Bianca asked.
“Sure. I’ll keep raking leaves, then,” George replied.
“Ok. Keep up your good work, George!” Bianca said as she went inside.
George kept raking leaves for about an hour or two, until Bianca finished making the apple cider.
“What took you so long?” George asked.
“Dishes, laundry, dinner, you name it,” Bianca said, typing up her red hair with a black scrunchie.
“You know,” George said, “maybe we can take another small break from raking, and have a harvest party!”
“That is an amazing idea!” Bianca marveled.
“Now we don’t have to rake the leaves, because they will be a decoration! I can’t believe how smart I am!” George said in excitement.
“I’ll invite people!” Bianca said as she ran inside to call everyone she knew on the home phone.
“Looks like I’ll be buying the food,” George said to himself, getting into their car and driving off to their local grocery store.
Meanwhile, Bianca has already called her mom, dad, older sister, younger sister, aunts, uncles, cousins, friends, and Clark, the poor guy who works at the coffee shop. Bianca thought that he would enjoy a party, because we would normally work 12 to 15 hours a day, and he never really had fun in his life. She set up a table, and put a red plaid sheet on it to resemble a tablecloth. Then she set up a punch bowl, but instead of punch, there would be apple cider in it. Plus, Bianca had ran out of apple cider when she made it for George, so he was gonna get some at the store. It was right then that Bianca realized that she had forgotten to tell George the stuff that he needed to buy. So she quickly texted him. Here is how the conversation went.

About 20 minutes later, George returned home with the apple products.
Bianca set it up, just in time, because at that point people were already arriving at her house.
Everyone had a great time. After the party, Bianca and George swore to have a harvest party every year after this until they die.
But now they have to go back to raking. 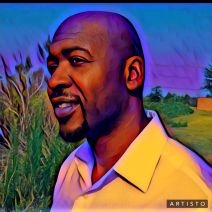 That was a fun read Madeline, thank you.

That was a fun read Madeline, thank you.