Trail of Tears-Episode one part one 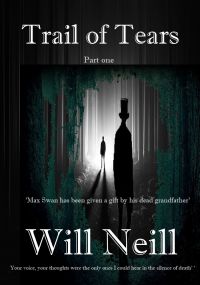 ‘Trail of Tears’
Episode One