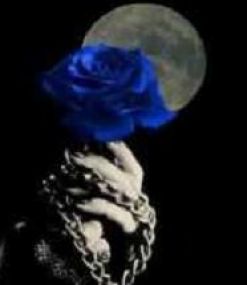 Theatre of Illusions / Labyrinth of Dreams
By Rachel Franson, Sept. 11/10

My name is...well, it's not really important. People call me ghost or phantom. I quite literally look like one. Apparently I also move like one. In any case I'm just here to tell you my dream. I know, I know...what good is a dream? Well, you'll just have to listen and find out. Now, at the other end of town, there's a theatre there, called the 'Theatre of Illusions'. It was closed because the man who did the show, the 'Lord of Illusions', committed suicide. People were so terrified, they stopped coming. Strangely enough, the theatre still looks brand new, even though it has not been touched since the tragedy. Don't worry, this is connected to my dream. So, I fell asleep that night. Have you ever had one of those dreams where it feels completely real? This has become a usual thing for me. I was standing at the entrance of a labyrinth. A labyrinth created by me. However, even I did not know what I would encounter in there. I felt something in the palm of my hand, and when I looked, there was a small diamond heart in my hand. I held on to it tightly and stepped through the entrance. A small woman with wings, a fairy, was there to greet me. She looked as though she was glass, but moved very flexibly. I followed her through the twists and turns of the labyrinth. We eventually stopped at a glass door. When I opened the door, I was in a theatre of red velvet, dark red and soft to the touch. About 20 rows of chairs sat in front of the wooden stage, 10 chairs in each row. I sat in the fifth row, on the third chair to the left. There was a ghostly audience with me, all skeletons, waiting intensely for the velvet curtains to raise high, and to let the show begin! When the curtains did rise, there was a burst of applause. I clapped too. On the stage there was a skeleton with a top hat and a baton.

The skeleton removed his top hat and swished his baton around, and the words “Abracadabra” seemed to flow into my mind. Two doves and a pigeon flew wildly from the hat. Next, he reached in and pulled out a black rabbit. He then placed the hat onto a table and started pulling out handkerchiefs tied together. He kept pulling for at least thirty seconds. Finally, he reached in once more and gently handled a black widow spider the size of the tip of my finger. This trick was new for me. He placed the spider on the table. The spider began to weave a web. It also started to grow bigger as it did. It jumped with incredible power to all corners of the theatre. Eventually, the audience of skeletons and I were stuck in a massive web, with a massive spider hovering just above us. The spider then continued to eat the skeletal audience, crunching on the bones. It got to about three skeletons, when I heard the snap of the performer skeletons fingers. The webs and spider disappeared, and the eaten audience members were intact. The spider was on the table, in its original size. The skeleton once again removed his top hat and let the spider crawl back inside. A giant hourglass with crimson sand was then presented on the stage. The skeletal performer crawled inside and was sealed inside. The sand started to pour down, consuming all the room in the hourglass. A minute later, the entire thing was filled. Only a space at the very top was left. For a few more minutes I watched, doubting the return of the clever performer skeleton. Ever so slightly, I saw his boney finger break through the sand at the top. Soon, the rest of his body followed. The sand was released, and the skeleton slipped through the narrow space in the middle of the hourglass, and out the door. A rumble of applause sounded a couple seconds after. He then asked for a volunteer from the crowd. A yellowish woman skeleton with a large ruby coloured hat and feathered ruby coloured scarf was chosen. The skeleton swiftly created a mini replica of the woman skeleton. He then broke the replicas arm, which also broke the arm of the woman at the same time. He continued to break limbs, ribs, and fingers, until only the skull remained. He burned the replica, however, this time the woman was not affected. The performer began to put the woman back together, and she walked off the stage as if nothing happened. Large sheets hanging from the wall then dropped, revealing mirrors on all sides of the theatre. The performer got into a cabinet, and was locked inside. Smoke started spurting from the bottom of the cabinet. It eventually consumed the cabinet and made the mirrors foggy. When the smoke lifted, it looked like the performer was inside one of the mirrors. When he moved at a certain degree, his reflection was shown on all the mirrors, including the ones right beside him. He then seemed to step out of the mirror. He would then stick an arm, leg, or even his head in one of the mirrors, while his torso would be in another mirror altogether. One of his assistants came onto the stage with a pistol, and started shooting out mirrors. Finally, the last mirror shattered, and the audience and I held our breathes. The cabinet that had completely slipped our minds creaked open. The performer came out unscathed. But when he opened one of his hands, all the shells from the rounds fired rolled on the floor. The audience was in a state of shock before one skeleton began to clap. Another hearty applause was sent out to the performer. He removed his top hat and bowed deeply.

He placed it atop his head, and more words entered my thoughts; “And now, ladies and gentle skeletons, the last performance of the evening, 'Black Fire'.” A huge brazier was brought on stage. A black residue covered the bottom of the brazier. The performer skeleton took a match and dropped it into the brazier. It instantaneously set fire, and the flames were as black a charcoal. He then stepped into the flames without a moments hesitation. He was set aflame. He then walked out of the brazier, with not a scratch to be found. For the last time, the biggest applause I have ever heard, felt, or seen was sent though my body and out to the stage. The skeleton was bowing left and right. Finally, when the clapping had ceased, the theatre was emptied within less than four or five minutes. I went backstage to find this performer skeleton. It had seemed that only I had noticed the change of the skeletons bone colour, from white to black. When I found him, He was clearly not happy.

“Why did you commit suicide, 'Lord of Illusions'?” The question came out of my mouth. The skeleton looked at me, and confessed everything in my head.

“I had a wife once. She was murdered by an unknown criminal, who is still at large. I thought that if I died, I could meet her again. I have no regrets about committing suicide.”

“Liar.” I shot back. He looked at me with surprise. “If you had no regrets, why are you still here? You wanted to continue performing, didn't you?” His jaw started to shake uncontrollably.

“Yes.” He whispered through his boney, clattering jaw. “Yes, I did wish to continue. That is my only regret.” I gently took his skeletal hand and placed the diamond heart in it.

“Then continue.” I said. “But not here. Where you'll be happy, with your wife.” The performer then became of flesh and blood, complete with a black suit and moustache, and he looked at me.

“One last thing.” He looked at me sincerely. “My wife is also in this labyrinth. Free her like you freed me. Take this rose.” He took the fairy, and she started too turn into a dark blue rose. “Give her this, and tell her that I'm waiting.” I smiled.

“Will do.” For the first time, the 'Lord of Illusions' also smiled.

“Well then, I'm off!” Were his last words, as he flew through the roof, far away. All that he left was a pile of shattered bones. The theatre then disappeared, and I was once again standing in my labyrinth.

I awoke to the smell of breakfast, and later in the day visited the 'Theatre of Illusions'. Then, the strangest thing happened. The walls broke, and the entire building collapsed. There was no longer anything, or one, supporting it. Police, FBI, even the fire department along with onlooking neighbours came to see and deal with the mess. I smiled and looked down in my hand, at the dark blue rose gently swaying back and forth.

I will spellbind you next night...