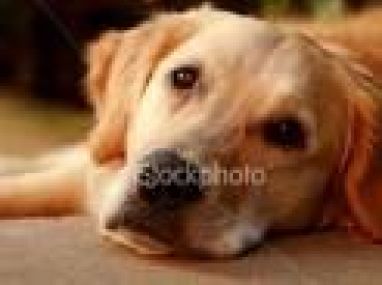 (This is based on events following the bombing of the Alfred Murrah Building in Oklahoma City, in 1995)... story taken from working manuscript Black Cat's Legacy.


Dorian’s Search and Rescue team heard of the bombing at the Alfred Murrah Building and immediately volunteered to fly from Northern CA to Oklahoma City to assist in search and rescue operations.

Dorian and Sam, a certified Golden Retriever Search and Rescue dog, were taken to the side of the building hardest hit by the blast, where the babies and toddlers of the building’s workers were provided daycare while their parent’s worked.

Where only hours before, the area where children had played, now stood a pile of rubble several stories high with twisted beams, shards of glass, aluminum, wood and chunks of metal and concrete slabs protruding in all directions. Beneath the rubble laid the remains of innocent babies and their caregivers.

Pieces of falling debris made the area unsafe. Dorian and her fellow teammates wore masks, helmets, boots and gloves while they crawled among the dangerous rubble, directing their dogs back and forth. Sam went repeatedly into areas felt to be unsafe for human rescuers. Each time he ventured into such an area, he put his life at risk for the sake of those people trapped below.

When one of the rescue dogs gave the alert by either a bark or whine, the frantic workers would concentrate on that area, removing blocks of concrete or twisted steel. Unfortunately, when the victim was reached, inevitably, an orange plastic body bag would be passed down the line of workers into the pit of twisted rubble. The broken body of a child would be lifted out and placed into a basket and sober rescue workers would respectfully carry it to the morgue truck where parents stood in clusters, weeping and praying for news of their child. The same sad scene was repeated throughout the day and the next, as multiple little bodies were located. Each time a basket was brought up from beneath the rubble, each mother’s heart would soar with hope and then one would plunge into despair when the child was identified.

Further into the building and away from the demolished nursery, Sam’s bark was heard. A living victim! A young woman was found trapped beneath mounds of cement and rubble. Hope surged and rescuers rushed to the area. Rescue workers began to clear the area. Then came a desperate call from the temporary command station. The rescuers must evacuate the site because another incendiary device had been discovered close by.

The rescuers called through the rubble, explaining to the young woman that they had to leave, but would return as soon as they were able. She begged them not to leave her. Sadly, they were forced to clear the area until the second bomb could be removed or dismantled. Imagine her terror as the hours passed, realizing that rescue was close at hand but at any moment, another bomb blast might take her life. It was several hours before the command center declared a false alarm and the rescuers could return. Thankfully, the young woman was successfully removed from her cement and metal prison and survived.

Though Dorian wore protective gear, Sam worked all day breathing the foul air and walking on sharp shards of concrete rubble. By the end of the day, Sam was coughing and sneezing from the dust and pollution. In the afternoon, he was sent to a mobile SPCA van where volunteer veterinarian staff washed his eyes and ears and put healing lotion on his cracked and bleeding feet.

Dorian and Sam would have gladly stayed to assist in further rescue measures, but the directors of the rescue mission felt the physical and emotional drain was too much for a dog and handler to remain at the scene more than one day. Many other volunteers and dogs had arrived from across the country to take their place in the following days, repeating their rescue efforts until the rubble was cleared and the last body was removed.

Sam was one of our true unsung canine heroes, as he risked his life in an attempt to save others on one of America’s darkest days.