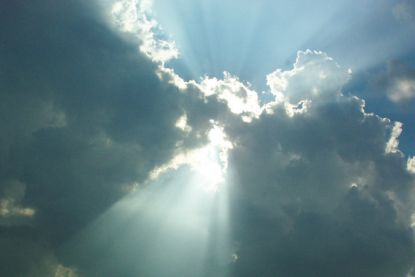 I was thirty six years old in November of 1982 and I had just finished the trauma of my Dad’s death on August 8. My four buddies, Frank, Bill, Gary, John, and I were on our way to the High Lonesomes of the Blue Mountains east of Ukiah, Oregon for our annual Elk Hunt. We had been selected to hunt cow elk and were very excited about filling our tags and were equally excited that five guys were going to be hunting in 8 inches of newly fallen snow. I waited for the usual arguments to arise from my four energetic buddies about where we were going to hunt and camp. This year we just drove to fire road 5916 and set up camp in the van headlights about 400 yards off Highway 244 and went to sleep. It was funny! No arguments and no fussing?

The next morning we awoke to a winter wonderland. We knew very little about the available roads and decided the walking method of hunting would benefit us the best. Walking far north in the snow, we all returned to camp rather soon as none of us were acclimated to the snow and 20 Degree Fahrenheit temperatures. The stove in the tent was so warm and felt like a million dollars in the high mountain cold. We had seen tracks everywhere and decided to make a hunting plan. Frank would put chains on his green van and we could travel anywhere we wanted in the northern woods??? Our plan was good! We were going everywhere and a ride to your hunting area was great! We had seen elk on our first day, but no shots. Our next decision was the high priority of getting firewood into the tent for the upcoming evening.

The next morning was a real wake me upper! It was -17 Degrees Fahrenheit and the fire was out in the tent stove and no one was in the mood to get out of a warm sleeping bag after seeing their frosty breath. I arose and started the fire. Wow was that great! John’s contacts were frozen in their container and we had to start the camp cook stove to thaw them out. We had left the food outside and the eggs and cans had exploded from freezing. It looked like a 45-mile trip into Ukiah for food was a must after this loss. We salvaged what we could and went hunting. Our hunting scheme was side tracked when a sharp rock put a hole in Frank’s oil pan of his van that morning and a trip to Ukiah was required to get the hole welded shut at the local gas station. Frank and John both got elk that afternoon and we thought the hunt was a success until we became convinced that we were camped in the midst of a herd of elk running everywhere. We were also visited by the Game Wardens that day who gave John a $55.00 fine for not punching out the date and time on his cow tag; we were not happy!

The next morning there were elk everywhere. A Wall of Elk, as it was later termed, walked out in front of Frank and Gary at Fort Elk and it sounded like D Day at Normandy! I expected to find elk lying everywhere when I got there. It seems that four cows were wounded and they had taken off on the chase. As luck would have it, all four cows ran to other hunters and were harvested before we could get to them.

The next day, John and Bill went home. Gary, Frank, and I kept the hunt going with the fresh supplies we had gotten in Ukiah the day before. I asked Frank to drive me to a spot up north overlooking a valley that I thought would be good. I got out of the van and found a big pine tree in the dark and settled in to experience a mountain sunrise along with the focus that it was my day to shoot an elk. After a couple of cups of coffee, the sun began to change the color of my surroundings and I was at last able to see. The ridge across the valley was a reddish yellow color as the sun started its rise and I could not believe what I saw – four cow elk walking along the tree line. The four of them were feeding and walking the elk snoop and poop style walk just above the trees. I jumped to my feet and from behind a pine tree used the range finder in my rifle scope to find that all four cows were 700 yards away. That was not a long shot with my Magnum rifle, but I had doubts whether I could hit them. I shot 5 shots and the third cow never came out from behind the large pine tree towering on the side of the hill. Had I hit her? Was she up there? What was I going to do now?

I decided to walk down through the valley and up the other side to see what was going on. I was very scared that maybe I had wounded a cow and that she had run off. As I made my way up the hill, on the other side, I saw something brown lying on top of the hill. As I approached, I could see it was an elk and I prayed to God that it would not have horns or be a spike bull, since we were in a cow elk only hunting zone. As I approached the elk, I was filled with joy as I saw that it was a cow, my first elk ever! The mountain style serenade for an elk kill is to yell! I did! I yelled three times to the top of my lungs. I bet they heard me in Ukiah 45 miles away! God, what a feeling!!!

I sat down on the rump of the cow to relax and gather my thoughts. I was crying now and thinking about how great it would have been for my Dad to be there and enjoy this event of history with me. As I sat there, it began to happen! On a totally cloudy day, the clouds moved and opened a narrow slot in which just enough sunlight was emitted to cover the top of the hill on which I was sitting. A deep and increasing warmness in the 20 degree Fahrenheit air came over me, and I knew that I was not there alone? I looked around and I saw no one. I even pinched myself to acknowledge that the warmness and total serenity I was feeling was real and not a bursting blanket of adrenaline. It felt so warm and so loving that I wanted that condition to stay. After about 2 minutes, the clouds moved and the sunlight was gone. The vivid warmness left and it was then that a voice within my head said, “It is time to butcher.” The only person in my whole life who referred to gutting a wild animal as “butchering” was my Dad. I believe my Dad was there that day to say, “Hello,” and that he was happy, proud, joyful, and in loving hands. As the beauty of the moment began to sink in, I was totally at peace with my Dad’s death; I missed him, but I was satisfied that he was in warm loving hands just as I was for my experience of 2 minutes.

Then I heard Gary yelling at me from across the valley, “Hey you, Squirrel! Are you okay? Did you get one?” I answered back, “Yes,” and asked Gary and Frank to drive me over there and load up the monster elk. When Gary and Frank arrived, we “butchered” the cow and shot many pictures of the great moment. We then loaded the monster into the green van and drove back to camp. All the way back to camp, all I could think about was how lucky I was to have had a “Hello from Heaven” and to have gotten my first elk on the same day.

The next day was Thanksgiving. Gray, Frank, and I drove 45 miles into Ukiah to have dinner at the Trail Room. The owner of the Trail Room was Sharon, a Mountain Princess, who put on a donation feed for the elk hunters every year. We had turkey, gravy, biscuits, dressing, ham, ice cream, pie, and everything else. I was particularly fond of a three-legged dog who was out front, and I invited him in to share in the feast. I ate on the pool table and old Three Paws ate off a plate I made for him and set over by the old wood stove. Life was Good!

I have been back to the Trail Room and have visited the hill across the valley many times where a personal “Hello from Heaven” took place on that one special day in my life. I am very proud of that experience and wish that everyone could have the feeling of love and warmth that I felt that day. Maybe that is why my good friends always remind me, “Alan, look east, look west, look north, and look south, but don’t forget to look Up!”