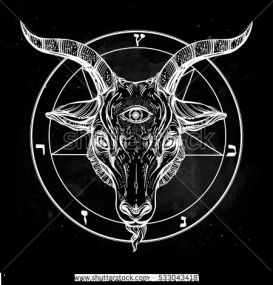 I was sitting on a bench in a long hallway as hospitals haves. It was night time no one was there, mom was with jonas in his ward .Only one person was allowed to sit with the patient at night ,Mom said Mrs.Carter will come to pick you up .

I saw a shadow from the other side of hallway which wasn't moving but i know it was looking at me.I decided to go check ,I was walking slowly towards that shadow still it was not moving but it was little visible to recognise it was a man and as soon as i went near that man i recognised him he was non other then that weird man. He said,

hey boy my name isGorza and i know your in trouble but my boy i can't help you unless you tell me what's the matter.

Listen mr.Gorza i don't want any help from you and stop seeking my attention and leave.

There you are hihihi (gigling) i love your arrogantness this will help you to complete our task.

What task .As i was completing my sentence my mom called me 'Steve what are you doing there come here'.

Mom that man was staring at me whole time.

who? no one is there.
I took a look where i was talking and i saw there was no one that man disappeared out of nowhere.

Listen Mrs.Carter is waiting for you in front of the hospital gate .

I went down to the gate Mrs carter and terresa was standing there .Mrs.carter said you must be tired sitting all day at hospital why don’t you came to our place for a night .I refused saying no just drop me home I will be comfortable alone .She droped me home and gave me dinner .I ate food that terresa’a mom gaved me and went directly to bedroom .I layed down on bed and started checking my phone as haven’t seen my phone all day .I was scrolling through instagram and saw that satanic feed again I saw that we can solve our problem by selling our soul to satan and that thing came in my mind .I started searching about satan to see how it looks .I searched his name and came to know about his existence in bible and many other religious books in a negative light .I was not that religious person so I never read about satan before .Then I started looking for how to sell our soul and regain it .It showed a specific person can help you to sell your soul .I took a look into images and saw not exactly same figure as used to saw in dreams but it was similar to him.I kept my phone aside and started thinking I thaught that Jesus banished Lucifer from heaven because was different from other angels and he wanted to be on higher position then Jesus .My mind was differently thinking about satan in positive light that what's wrong in gaining power Jesus was afraid that lucifer will takeover him and rule over earth,heaven and him.Dont know why I started gaining repect for satan and decided to sell my soul to devil and gain whatever I want .I reminded that devil who told me to get help from curious one and curious one for me that weird man Gorza and he said he was here to help me .From now my mind was getting corrupted .I decided to sell my soul tonight because tonight’s night was eclipse’s night .

I peeked out of window and yess I was right Gorza was standing there were I called him near my window he came running and smiling and said common lets complete our task.I called him to frontdoor and went to open the door.me and Gorza arrived at my room he told me to turn off the lights and removed some candles and other things and started arranging it . He drawed a pentagon with blacked powder on floor and litted candle on each corner of pentagon and told me to stand in middle of pentagon and told me to close my eyes and say satan I summon you three times after saying your name and he started to chanting some spells kneeled on ground and closed his eyes and said,

Quickly my boy say those words

I steve and I summon you satan I said.

No these are not spell you should say,these spell every word you say is a spell even a small word during ritual is a spell ,I said you to say 'satan I summon you' but you said it very differently and there is no pentagon on floor now this will have dangerous effect without pentagon you don’t sell your soul to demon you gave your soul to demon ,the pentagon was protective shield.

By listening this I became speechless and was very frighten what will happen now .And then happen my biggest regret of my life Satan arrived similar to my dreams but not as it is this time he was larger ,his horns were bigger and there was scare on his forehead and his mouth was slashed from lips ,he had scare all over his body and huge wings and his eyes more darker then darkness .Gorza pleased him to leave me but he did not hear his single word and said,
You brought me a very powerfull soul I send you out here to get a soul year ago but you never brought any soul to hell and this soul has more value how I will leave it .He started moving towards me and said,
you boy its your fault that you came to me and in place selling you gave it to me for free and every free thing doesn’t have a value so as your soul

gorza pleased from the corner please leave this kid he is to small for this treatment he will have nothing .

Satan said no! and from your banished from hell also and vanished him somewhere .

Satan came to me and said thank you kid for believing .I tried to run but caught me throwed me on the floor and stabbed me with his horn and moved through my down and went up moving through ceiling and I saw myself in his hands going with him crying ……..

to be continued in chapter five.