The End of Computer Chip Warfare 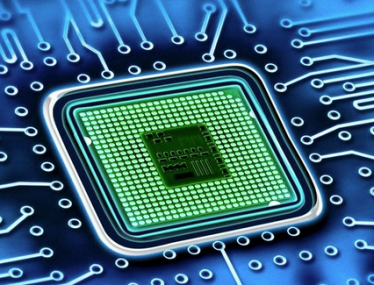 The CIB (Counter Intelligence Brigade) had just discovered that the Untel computer chips had a design flaw. This meant that all weapons of “The World’s Best Army” - and of our one Ally, could easily be disablized by simple-minded computer hackers who felt so inclined. Worse, that all of the weapons could be reprogrammed so that they would explode, certainly maiming if not killing, all of our soldiers and nearby personnel. The matter was made many times worse because the Vulgar Press had got hold of the story. The Vulgar Press had not heard via the usual channels of popular media, but because the CEO of Untel had been unloading his overvalued stocks and shares for months now – saying all of the time that he was only playing the stock market and certainly not offloading bum stocks on the uninformed and unsuspecting public.

The story was damming but not unusual in these days of treacherous behavior in the world press. Certainly all of the others behaved in that treacherous and ignoble fashion, whereas everything we did was saintly, sanctified, without question holy, and never contained one drop of fake news!

What to do immediately and what to do in the long run (the day after tomorrow)? The FNA (Fake News Agency) had their usual standard statements blaming everyone for the mishaps of the world, but the CIB suggested such statements might not work this time considering the scale of the damage.

The killer squad of the Army suggested that we could go back to conventional weapons -- which they had been stockpiling in bunkers across the world. This sounded fine but it emerged very quickly that most of these had been sold to the highest of the lowest bidders, without paying due attention whether they were friendly or enemy states. Sadly the enemy had already purchased and received 99 percent of these conventional weapons at greatly discounted prices. This could only happen because our Army accountants were forced to display massive profits before they could embark upon any more orders for sophisticated computer chip-controlled weapons. The circle of weak thinking did not end here, for all of the contracts for the bullet manufacture had long ago been taken over by an Asian nation who were not appreciating being called thieves for taking away the jobs from our country. We seemed to ignore that we had begged them to do work for us so that we would have to pay our workers nothing and their workers very little.

So there we were, no weapon alternatives left and our whole stock of super up-to-date weaponry made useless by our belief that we were above reproach and above making errors. The FNA presented their best and proposed that we would have to convince the whole World that we did not need war. This was of course a complete turn around of their preaching for decades, but what could we do with no weapons to defend ourselves and our one Ally?

The CIB had learned from their counterparts of the Cold War Buddies (Kalte Krieg Brudern, KKB) that KKB hackers had already disabled all of our computer controlled weaponry, but had not yet activated the easy possibility of turning our weapons against us. They were going to call an international meeting requesting us to apologize to all nations we had insulted over the past 72 years. If we publicly apologized then the KKB would agree not to activate the counter weaponry and simply leave all of our weapons useless. If we decided to attempt to circumvent small weapons of war by using our nuclear arsenal to fire rockets at those we had insulted, the KKB reminded us that Untel chips controlled all of these rockets too and that they had recoded everything.

And so it was, the soldiers discarded their military uniforms and donned the dress of the doctors and preachers. They streamed down from the mountains into the valleys, carrying the words of peace. Our country changed over night. We apologized nobly to all of the nations we had insulted. Peace had become great again. Our country was once again respected by the whole world. All weapons and mention of war disappeared and the world became holy – as had been planned from the very beginning!

I certainly wish that there truly was an end to warfare, and that the ending of your story could be our reality, Bruce. Lovely thought! : )

I certainly wish that there truly was an end to warfare, and that the ending of your story could be our reality, Bruce. Lovely thought! : )