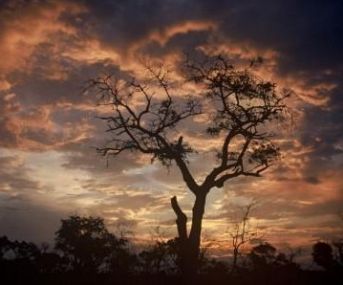 Sweet memories are gifts. They are rings with which we get engaged to our experience, tie a knot with the past and carry into the future.

Growing up in a simple village in bushenyi district western Uganda was not just fun. It was a privilege that many may never experience. But those who experienced what traditional village life meant have a duty, an obligation and honour, to share with the present and pass on to the future generations, the memories untold, songs unsung, stories and wonders.

Lying between three hills and a forest is the village where I grew up. A village where the cock crows, waking both farmers and herdsmen. Beautiful songs of birds fill the air. Some are whispers, some are cries. The crow feeding her young, the grey eagle visiting the nest of an unlucky yellow weaver bird. A male dove swelling in show of might to impress a female. The sun rays begin to strike hard as the grass kisses the dew farewell. At least for a day. Welcome to ‘mizirigyembe’ village. It's a new born day.

It is a village where the sun is taken for granted, the rain a must, and, naturally, a good harvest expected. There is a simple flow of life where the village chairman is the leader, but everyone knows their duties. As kids we would be woken up by the sound of the metallic milk containers knocking on each other as they were being carried by the milk men. It was the younger boys’ work to hold the calves while the men were milking. And bring cows in turns. The greatest joy was in waking up early before the sun, then watching its rays pierce the bright sky, penetrate the banana plantation canopy, and set off the whole community into wild activity.

Nathan our chief milk man commanded the others with arrogance and authority. Stock, our old dog, lay next to the milk containers in anticipation of his morning cup of milk. We counted on ”Ngabo”, the most stubborn cow, to kick someone before the end of the morning procedures. Regularly a curse was heard from a frustrated milk man that has spilled his milk. Meanwhile, the activity was punctuated by songs in praise of the cows that produced more milk.

As kids, we enjoyed holidays most. We didn’t have to bathe every morning, clean uniforms every evening and look for canes to take to school which were then used on us. We got involved in looking after cattle, fetching water, fencing and playing a round object made of banana fiber that we considered a ball. An uninterested older boy could wander off with smaller ones, teach them about their environment, the herbs, fruit, trees and different animals. Once in a while you heard the calls of an irritated Mom whose son left home without fetching fire wood, or a small girl crying after meeting a dog.

Midday could be so hot that both human and animal sought after shade. You would expect kids to run for lunch, but they always fed on a variety of wild fruit, mangoes, guavas and the rest. Instead, this period was spent trapping guinea fowls, mudfish, and looking for wild honey.

Later in the afternoon, the unmistakable whistles of milkmen were heard. It meant time to take cattle for the day’s second milking session. Then the morning events repeated themselves. Except it would be so hot, with many house flies. This meant young boys work doubling from just controlling calves to protecting cows from flies too as they were being milked. Leafy branches were used as tools for intimidating flies.

In the evening, men visited with each other. There were special wooden chairs that could be folded and unfolded. Small boys took turns to present these chairs to the visitors. These men discussed various issues while taking tea.

As evening wore on, my innocent brain always wondered where the sun went. It used to slowly disappear behind the hill right next to our village. But it always left some light for consolation, and then the light too slowly but steadily disappeared, bringing to a halt all children's activity. On a normal day there was a visitor or two that told kids beautiful stories, taught songs, proverbs and had supper with the family. Then they bid goodnight and were escorted on their way by the father of the family.

But, one thing made this place a marvel! The opposite hill to our village called 'ishekye' would suddenly catch fire. At times around 8:00pm or beyond. Many people associated the fire to the 'Bacwezi' {people who were believed to be semi-gods and were rumored to have superior powers}. That, I can’t tell. But for some reason, every time the fire appeared, everyone would be happy. It appeared in intervals ranging from weeks to months. Whoever broke the news of the fires appearance felt like a hero. Then as kids we would shout in unison “ishekye yasia” {meaning Ishekye is on fire}. It burnt so brightly that it provided light to all surrounding villages. We then played, danced, and the older people astonished the young with ancient stories relating to the fire and the village. By now, everyone would be out, including the elderly. On such days supper was served outside. The strange fire at times disappeared before everyone slept, but normally we left it burning as we went to sleep.

Amazingly, the next morning the hill that was on fire would be as green as ever. Kids always woke early to check whether it was the mysterious fire or a normal fire set by human beings that could live on burnt ground. They then broke the obvious news in turns. ”Ishekye is green”. The funny thing, people just carried on normally with life. The strange fire was part of them, part of us. A memory to treasure, a memory to keep. Truly some memories are “made of gold”.

This is one of my favorite true stories on Storystar, Philip. I love the way you describe the life you lived growing up in your village in Uganda. It is like stepping into another world and walking in another person's shoes who lives a totally different life. Wonderful. Thanks for sharing this story on Storystar, and congratulations on being selected for front page featured as one of the Short Sto...
Read More

This is one of my favorite true stories on Storystar, Philip. I love the way you describe the life you lived growing up in your village in Uganda. It is like stepping into another world and walking in another person's shoes who lives a totally different life. Wonderful. Thanks for sharing this story on Storystar, and congratulations on being selected for front page featured as one of the Short Story STARS of the Week! :-)