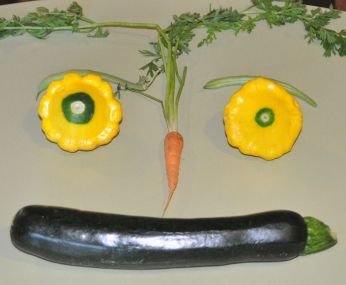 “He wants—what? This simple inquiry caused a profound change in the facial expression and demeanor of the man posing the question. Less than two minutes earlier he had flashed a warm inviting smile in my direction. I had entered the building sauntering past him in the wide hallway that emptied into the receptionists’ rotunda. He was chit-chatting with a stocky gray-headed woman whom I recognized to be the magazine’s editor. They acknowledged my passing presence with nonverbal greetings. His lengthier welcome appeared warm and sincere. The square chin of his middle-aged face dropped slowly down then up into a nod while projecting a disarming smile. One that says “Come on in, I’m sure we can do business and become good friends.”

My visit and simple request was not meant for him, or intended to invoke his anger. It was her, the editor, the woman I recognized, though never met personally, she was the one that I had planned to confront with my unorthodox request, a request that backfired.

What action does a person pursue to soften a hurtful personal rejection; that nagging sour taste in the stomach that churns up feelings of unworthiness? For writers such rebuffs are often vented by putting pen to paper, the art of “catharsis.” This purification process is primarily intended to eliminate tension with a result toward inner healing. So please allow me to heal by purging out this story which commenced approximately two years prior to the above mentioned incident. This trivial piece of history could have been aptly titled, “The Trend of Non-responsiveness.”

The email was short and to the point, “Your article is not suitable for our needs.” Such rejection is common fare for freelancers, but this rejection took eleven months, and sadly by a publisher who had previously accepted two of my articles for publication. My hobby, a pressing desire to tell tales and relate information, was beginning to become less attractive.

Thankfully I could still rely on the “Forgotten Coast” magazine, a small quarterly press that put me under contract to produce articles with a local flair. I diligently delved into writing my third article, a deliciously inspiring nutritional food piece consisting of a local take on the “Slow Food” movement. Meanwhile back at the magazine office they were also busy, busy emptying file cabinets and boxing up their contents. One month after submission of my manuscript, and totally by chance, a friend casually mentioned, “I was sorry to hear that the magazine you’ve been writing for ceased publication.” My stomach churned with the sour taste of being jilted again. It seemed high time to end this dysfunctional relationship and seek a new hobby.

I’m a trusting person, but not naive enough to believe that this lack of response in communication is strictly a phenomenon restricted to the writing world. How often and how long have we waited for that promised return telephone call, only to be disappointed? How many people in power seem to display an attitude that, 'If I don’t reply, maybe they’ll just go away.' The Bush administration provided a classic example of this paradox by refusing to communicate with Congress, ignoring subpoenas, and when pressed for information they cut off response by conveniently classifying the requested documents Top Secret. Meanwhile the news media failed to ask appropriate questions or diligently research the devious responses emanating from Washington. Full blame, however, cannot be put on the news media artisans who have been sacrificed on the altar of greed. Some newspaper owners have learned that cutting back on writers and columnists to rely mainly on advertising revenue may seem wise in the short run, but when the ads begin to dry up the remaining pitiful shell has no recourse but to close shop.

Does our hope for a more communicative populace lie with the Internet? Many would agree, especially writers who have undergone frustrating encounters with the print media.

The odor emanating from the garlic and onions sautéing in the fry pan became the smell of my new creative hobby, cooking nutritious meals from scratch, Slow Food. Consequently, with the exception of a flip dictionary, all my creative writing books were either sold at a garage sale or donated to a thrift store. But it wasn’t a clean break.

The small visitor parking lot was empty so I pulled my van into the convenient spot adjacent to the entry door. I retrieved the unrequited Fall Issue manuscript that was lying on the passenger seat and exited the vehicle. While walking toward the building I grasped the Slow Food manuscript in my left hand while my right hand raised the collar of my jacket to protect my neck from the cold winter breeze. I quickly navigated down the wide unoccupied hall, left the manuscript with the receptionist in the rotunda and retreated back to my van.

Okay, okay, I cheated, I’m sorry; please believe that my weakness was neither an egocentric craving to see my name in print again, nor a mad desire to fulfill some masochistic fantasy. I really felt that my Slow Food creation had merit and deserved a second chance. I was also taken in by temptation. My frequent travels past the building that housed our city’s long established magazine was too alluring for me to ignore.

Yet I couldn’t believe that I had boarded this publisher/writer merry-go-round again. I’ve rode this horse before, trotting to the mail box in search of that illusive acceptance letter. “Maybe it’ll come tomorrow” was the hopeful but self deceiving excuse when the anticipated letter was not received. Four or five weeks later, (the time lapse suggested before submitting a follow-up inquiry,) reality sinks in. The expectant receipt letter morphs from a hoped for acceptance to an anticipated rejection in the form of a self addressed stamped envelope (SASE.) The self addressed letter, however, was never mailed, and having no desire to remain on the merry-go-round of non-responsiveness I decided not to initiate any follow-up inquiries.

There was her picture, the gray haired mysterious publisher, accompanied by her letter to the readers on the inset page of the magazine. She kindly included her email address in the closing which I ripped from the magazine, placed in my wallet, and returned the magazine to its rack in my physician’s office. My email read, “Could you please inform me whether the Slow Food article that I submitted four months ago has merit, thank you.” No acknowledgment or reply was ever emailed back.

I heard the soothing singing of birds and felt the caress of a gentle breeze as I exiting my van adjacent to the publisher’s entry door. A good omen but I still felt a bit apprehensive. As I approached the desk in the center of the rotunda the receptionist ceased her activity, then giving me her full attention, pleasantly asked, “May I help you?” I could have replied, “I wish to talk to the woman editor about an article I submitted.” But I refrained because the anticipated answer would have consisted of, “I’m so sorry Mr. Fisher, blah, blah, blah, I’ve been extremely busy, blah, blah, blah, unfortunately we can’t use your article, blah, blah, blah, have a nice day.” What a waste of time that would have proven to be. So after introducing myself I said, “The editor has an article I submitted entitled Slow Food. I have not received any response as to its worthiness so I would like to have my self addressed stamped envelope returned. Maybe I can use it elsewhere.”

Not batting an eye, or displaying any sign of concern, she rose, approached the two individuals in the hall and related my request. Then the fireworks began. A few seconds after the initial outburst, and a series of low volume mutterings, I heard him plainly say, “Get him his dammed envelope.” The editor cringed, resulting in a pained expression on her face, as if to say, “Have you seen my cluttered office lately?” He seemed to get the point, so he approached me, muttering under his breath he reached into his pocket and extracted two quarter coins, handed them to me and said, “Keep the change.” He had missed the whole point. My concern was not financial. I was trying to convey, (and would have if he had not departed so briskly,) that writers are not subhuman creatures, we deserve a little respect. I didn’t need his fifty cents, I needed their attention, I needed his employee to communicate with me either by face to face, mail, or electronically.

While leaving the building I assessed the outcome. Fifty cents minus a forty-one cent stamp equals nine cents profit, this would be a good foundation for a story plot. Damn it, I concluded, I have to stop thinking like a writer. But all was not lost.

The email proved to be an exciting, joyful, and fitting climax to this story, it read, “We enjoyed your Slow Food article and will be including it in our upcoming May/June 2009 issue of Natural Times.” No, it wasn’t a second chance gift from the city magazine editor, but originated from my health food store. I now recalled emailing the article to them during the dark days of the illusive acceptance letter vigil. Not only was it printed in their 35th Anniversary issue but I received store certificate payments as well.

This favorable outcome has created a dilemma. Should I return to my writing for print media, risking further burn out from the trend of non-responsiveness? Or should I just give it up, concentrating my efforts on home cooking. Maybe casual Internet writing is the answer. I’ll have to get back with you on that.

Aloha Richard,
Your story is quite common among us writers hoping for Validation (Pay!). I know few, if any, I take that back, I can actually state an absolute (the little Science Background I have chafes at the thought of absolutes) : I don't know a single author who wasn't rejected. Not once. Not twice. Not even thrice. But many many many times. ( And boy would most Editors shun the us...
Read More

Aloha Richard,
Your story is quite common among us writers hoping for Validation (Pay!). I know few, if any, I take that back, I can actually state an absolute (the little Science Background I have chafes at the thought of absolutes) : I don't know a single author who wasn't rejected. Not once. Not twice. Not even thrice. But many many many times. ( And boy would most Editors shun the use of the same word to express intenseness)
"Write what you know" is probably a palatable expression - and your love of Slow Food shows, so write away and offer a Salad Bar of options to people who might like your stories. At least you were published. Smiles, Kevin